They’re back! Here’s how to handle your child wanting to move back in 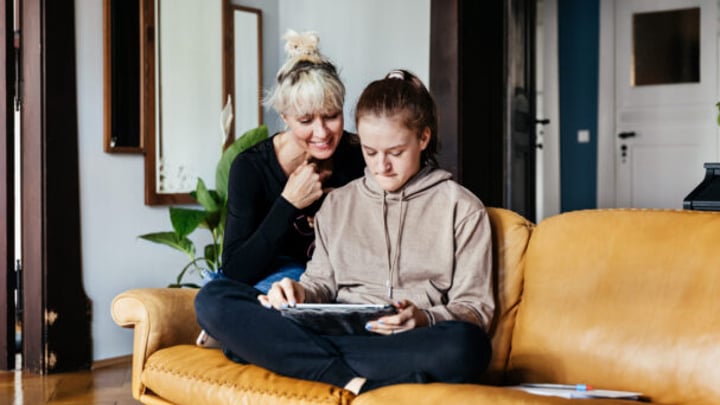 Here's some advice for if and when your child asks to move back in. Source: Getty

Most baby boomers were independent after moving out of their parent’s home, often supporting themselves through study or finding full-time employment. However, with the rising cost of living and a soar in house prices, many young adults are moving back in with their parents in their 20s and 30s as they save for the future.

According to a study by the Pew Research Center, 18 to 34-year-olds are much more likely to live with Mum and Dad than independently or with a partner.

For some adult kids the move is due to unattainable property prices or low wages, while others need a little extra support after a relationship breakdown or other life crisis. Whatever the reason, allowing your children to move back home should not be a rushed decision.

Understand why they want to move home

Before you agree to let your child move back home, ask them what the motivation is. It could be that they’ve broken up with their partner or have lost their job and need a shoulder to lean on, or maybe they want to save for a house and are struggling to get ahead.

Unless you know why they need your support, it can be hard to help them create a plan. Instead of welcoming them with open arms, Dr Gabrielle Parle, a lecturer in finance at the University of the Sunshine Coast, says you should first analyse the situation objectively.

“You need to manage the conflict of interest: your love for your child, versus protecting your own space and way of living,” she says.

Keep your finances in check

Whether you’re already retired or planning to in the near future, you’ve probably got a financial plan in place to ensure you can afford the lifestyle you want. But having your child move back in could jeopardize those plans.

Findings from mozo.com.au revealed that the rising trend of Aussie adults moving back home is setting parents back billions of dollars every year, as they fork out to support their grown-up children past the age of 18. The survey revealed that more than a third of Aussies over the age of 18 are still living in their family home, due to financial pressures such as the increasing cost of living.

But in saving themselves money by not moving out, this generation of ‘kidults’ are costing their parents an added $235 million collectively across Australia each week, or a whopping $12.2 billion every year.

For this reason, it’s recommended that you speak to a financial planner before making any agreements to ensure you don’t dip into your retirement savings too much.

It’s in a parent’s nature to want to help their children in their time of need, but going into an arrangement without some kind of plan could be a recipe for disaster. You need to have an idea of how long your child will be in the family home, what their responsibilities around the house will be and how much, if any, rent they’ll pay.

Parle suggests preparing a checklist of questions for your child to answer before they move back to clarify the rules of the agreement. This can include how much rent and what proportion of the bills they’ll pay, what the house rules will be and how long they’ll be staying with you.

Flatmates.com.au has plenty of useful information to help in this stage.

However, once the agreement is made, you shouldn’t see it as the final decision.

“You should allow for a ‘cooling off’ period of a few days after you agree to ensure that you are both comfortable with the new arrangement,” Parle says. “Then allow for a probationary period, maybe four weeks after your child has returned to the family home, where you both have the right to terminate the agreement if things have not gone to plan.”

Don’t fall back into the habit of cleaning up after them like you did when they were little. They’re adults now and must learn to pull their weight around the house if they want to stay under your roof.

Have a conversation about shared responsibilities before they move back in. If they don’t have the finances to pay rent, arrange for them to help out in other ways, such as cooking or mowing the lawn.

Parle says you should also make a plan about how you’ll discuss any issues that arise.

“I would keep focused on the specific details of the agreement and try not to lecture or pontificate on the life lessons the situation could teach your child,” she says. “Even if all of this is true, your child doesn’t want to hear it from you.

“Moving back in with you is ultimately their last resort and they’re likely needing a bit of comfort and support from a bruising life event.”

No adult wants to be treated like a child by their parents. Instead, take the opportunity to teach them about finances and other responsibilities to ensure they land on their feet next time.

While it’s perfectly acceptable for them to move back into the family home, in most cases it’s not a permanent thing and they need to prepare for their future.

If they are staying with you to save money, help them set a target to work towards. You could consider requesting a weekly or fortnightly payment that goes into a savings account for them, instead of putting it towards rent.

Do you adult children live with you? How have you found the experience?