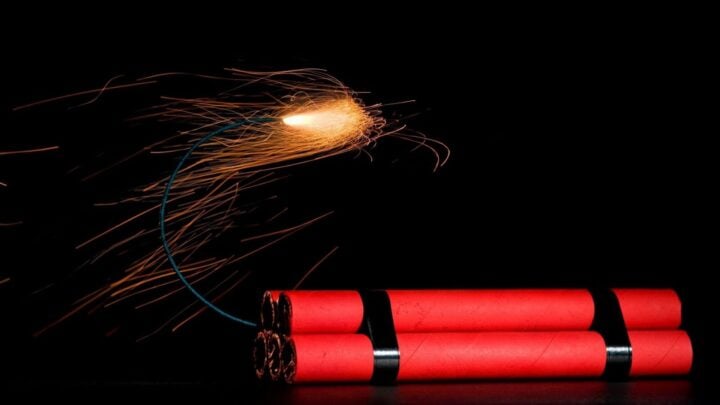 The rental market is a ticking time bomb according to the newest data. Source: Getty.

The rental affordability market is only getting worse amid the global pandemic – particularly for low-income Australians who rely on payments such as the Age Pension. New research from Anglicare Australia has found that less than 1,000 rentals in the country or just 1 per cent are affordable to people in receipt of government benefits.

The data came from Anglicare Australia’s special mid-year update to its Rental Affordability Snapshot in which 77,000 rental listings across the nation were surveyed in August. The results proved worrying for low income Australians with the report saying that “we are leaving many of our most vulnerable citizens to the mercy of the market”.

To put the crisis into perspective, according to the data, a couple with no children on the Age Pension would be able to afford just 1.7 per cent of all rental listings available or a total of 1,304 rentals on the market. Meanwhile, single pensioners got an even worse run with the research saying they could afford less than 1 per cent of all rentals which is equivalent to just 625 rentals on offer out of the total 77,000 that were surveyed.

When compared with the March 2020 results, pensioners in a couple saw a 0.9 per cent drop in the number of rentals sitting in their price range and single pensioners saw a 0.1 per cent drop.

Anglicare Australia’s executive director Kasy Chambers said that although the government’s early economic response avoided a major collapse, the actions weren’t permanent or structural. And as the temporary measures start to run the end of their course, Chambers branded the situation a “ticking time bomb”.

“Now, renters again find themselves on the brink,” she said. “Rent deferrals and eviction moratoriums are ending soon, with many in arrears for thousands of dollars. Some are facing cuts to JobSeeker, while others – age pensioners, people with disability, and those earning the minimum wage – were left out of the Government’s response altogether.”

Chambers is referring to the fact that government payments such as Jobseeker (formerly Newstart), Youth Allowance and JobKeeper (which was created as a direct response to the economic crisis) were all provided with increased rates to act as a crutch for low-income Australians. However, those receiving the Age Pension and Disability Support Pension were left out entirely from the government response plan other than two supplementary payments of $750 to cover the past six months.

In response to the initial spike in unemployment rates due to Covid-19, government payments such as Jobseeker were initially doubled, but now the plan is to drop the rate by $150 in September which will cut affordability rates for these renters to only 168 rentals or 0.2 per cent. If the payment returns to its old rate in December, this would drop to just 13 rentals available across the entire country.

And to add salt to the wound for low-income renters, the state of employment is showing no signs of improving according to the most recent data from the Australian Bureau of Statistics which recorded more than a million unemployed Australians in early July which was up by nearly 16,000 from the previous month. This pushed the official unemployment rate up from 7.4 per cent to 7.5 per cent.

Despite these figures, Anglicare also made mention of the conflicting commentary that has pointed towards the declines in average rental rates that would otherwise help the market to self-correct.

For instance, at the beginning of July, Domain reported house and unit rentals were experiencing the biggest price drop in more than 15 years marking a historic rent price fall of 3.2 per cent or $15 a week over the June 2020 quarter. However, these price drops were mostly prevalent across most major capital cities which backs Anglicare’s statement that the decreased rental rates haven’t actually benefitted those who need it most.

“Price drops are being driven by higher and middle-end rentals, with almost no change at the lower end. At the same time, more and more people are competing for cheaper housing as they try to reduce their costs. That’s putting pressure on people who were already at the bottom of the market.”

To avoid a worse-case scenario, the report called for the permanent inclusion of pensioners and disability pensioners in the government response plan and an ongoing increase in government payments overall saying that without this support, low-income renters would inevitably be pushed deeper into poverty and homelessness.

Do you think the rental market isn't affordable for low income Australians?