“Pompey”: The war veteran who didn’t lose his humanity 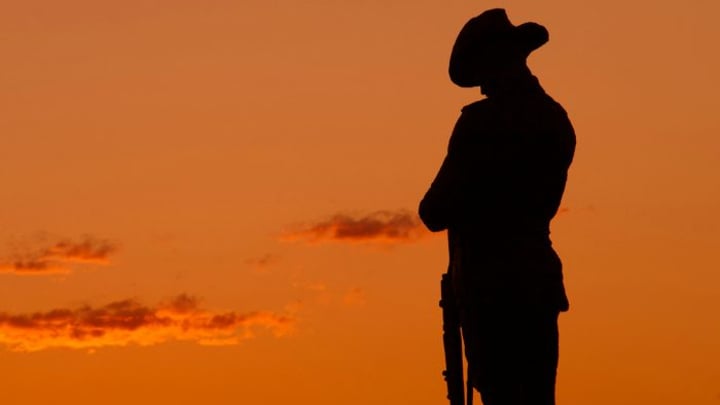 Today, July 19, marks the 100th anniversary of the commencement of the battle of Fromelles. This is a brief tribute to a wartime leader who deserves to be better known.

A few years ago, Mike Whittle’s song, ‘Last Man From Dunolly,’ brought back memories of a story I learned as a youngster, that of the General who cried:

“I’m the last man from Dunolly,

greet the remnant of his brigade

when Command ignored his fears.”

Elliott was born in the Western Victorian town of Charlton in 1878. Educated at Ballarat College, he read law at Melbourne, gaining an LLB in 1902 and his Masters in 1906 prior to establishing his own law firm. In between, he served King and country in the Boer War, gaining a commission and a DCM.

April 25, 1915 saw him as a Lieutenant Colonel in charge of the 7th Battalion and, typically, leading his men from the front at Gallipoli as he needed to see first hand what they were facing. Suffering a bullet wound to the ankle, he was evacuated to hospital, rejoining his men in early June.

Word arrived that Turkish soldiers had penetrated an Australian frontline tunnel. Taking two men with him, one of whom was shot, they cleared out the enemy, Elliott himself sandbagging it for fear anyone else may be shot.

Promoted to Brigadier General, he organised the Victorian 15th Brigade, putting his own stamp on it, eventually replacing some of the original battalion commanders with men in whom he had greater faith. This won him few friends among the higher echelons but he got his way and, importantly, established an esprit de corps synonymous with the 15th for decades to come.

On Wednesday 19th July 1916, orders came to attack the Germans at Fromelles. Elliott could see the inevitable outcome and opposed it vehemently. He was overruled, even threatened with demotion. It proved a bloodbath, the brigade losing almost 1500 men in 24 hours, its 59th and 60th battalions decimated. Reporter Arthur Bazely wrote, “No one who was present will ever forget (Elliott), tears streaming down his face, as he shook hands with returning survivors.”

Elliott never led from the rear and would be found daily at dawn with his forward troops. Typical to this was an event at Polygon Wood on 26th November 1917. When advised by Lt Col Norman Marshall that their advance was being held up by a machine gun in a strategically located pillbox, Elliott took Marshall and some junior officers, capturing the pillbox and allowing the advance to continue. Although he downplayed his own part, he was awarded a DSO for his efforts.

Forever a thorny subordinate, Elliott wrote a scathing letter to his superiors when others were chosen ahead of him for higher posts. This, along with questioning decisions of ‘higher-ups’, caused continuing problems for him throughout his army life.

Returning home after the war, he found his legal firm run into the ground with an outstanding debt of almost $10,000. Never one to give up, he set about re-establishing his practice while continuing his military service. Elliott stood for and was elected to the Senate in 1919, topping the Victorian poll.

As in wartime, he never shirked an issue, maintaining a generally futile dialogue with the military over promoting others before him. Although a sincere man and popular in his electorate – he was re-elected in 1926 – the fight for his perceived place in the military gnawed away at him. He wrote to a friend, Lt Gen Sir Talbot Hobbs, “The injustice… has coloured all my post-war life.” All attempts proved fruitless. The responsibilities and pressures – combined with the fight for what he perceived as his rights – told on him. His health deteriorated.

In early 1931, he was found with a wound to the arm and rushed to hospital, dying there on 23rd March. He was just 53 years of age. The wound was self-inflicted. Thus did we lose the General who cried over the death of so many men in an ultimately pointless battle on the far side of the world. ‘The last man from Dunolly’ may or may not have existed as an individual but the man who shed a tear for him was all too human; that this very humanity contributed to his demise is beyond doubt.