‘The cars from the ’60s that give me nostalgic memories’ 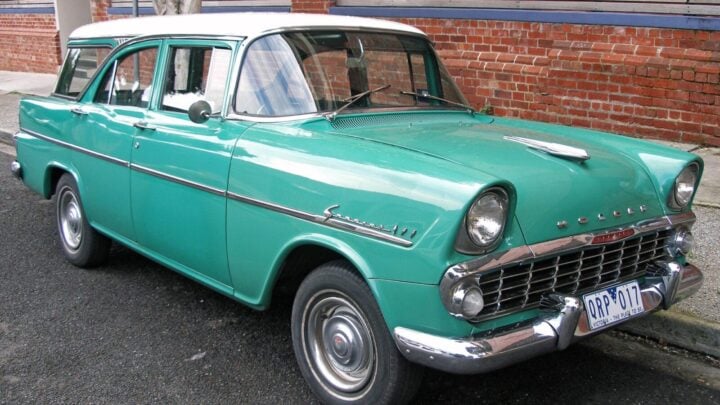 When younger, we Baby Boomers did not realise we were making nostalgic memories. We just did. In the 1960s, my family loved football, meat pies, kangaroos, and Holden cars — great jingle. My father was a Holden man. His first car after 1945 was a Morris Minor, but from then on he only proudly drove Holden cars.

Some families long ago only drove Ford cars, the famous Falcons of the ’60s. These cars were also manufactured in Australia, by car factory workers from many lands. Of course, we oldies still wish there were more Australian manufacturers, so young people today could have greater job opportunities.

Holdens and Fords were large cars. Also in the ’60s, Australia produced some other varieties of wheels, including copies of Mini Minors, and Volkswagen Beetles. The Mini made many Australian memories.

My sister appeared one day with a fiancé, 6 foot 4 inches tall, who crammed himself into an epic Mini. Little sis and I often wondered how the loving couple managed the roadside acrobatics. Really, not our concern!

Being a revhead, my future brother-in-law mastered a mechanics course and always serviced his own cars. Mini Minors did, indeed, drive where no car dared to tread. Minis won rallies in Monte Carlo, and on Mount Panorama in endurance races. Mini Minors even later won the Dakar Rally! Classic versatility.

My sister matched the Mini by buying a VW Beetle Deluxe for only $20. It was painted the traditional dull blue, always reliable and economical. Wheels are wheels, epic cars that are now nostalgic memories.

To accompany the VW Beetle, Volkswagen also manufactured the VW Kombi. This was so 1960s! It was the original people mover. Families could bundle their tribes into the Kombi and drive through the glorious wilderness, on Australia’s beaten tracks!

I knew one school pal whose whole family went fossicking at Andamooka, South Australia for six weeks, travelling all those miles in their Kombi. Dad would drive, pull up, pop and annexe, sort the ablutions, their mum cooked a lot of baked beans, and they had a family holiday.

In that era, some Kombis were known as Hippiemobiles, painted in psychedelic colours, when peace and love went everywhere. For cars in these modern times, anything rates to drive around.

Wheels are wheels for all of us currently in our land of Australia. In those days. We did not realise we were making nostalgic memories with those cars, we just did!

What's the car that gives you nostalgic memories?