‘Long life doesn’t equal quality of life, and that’s a challenge we must tackle’ 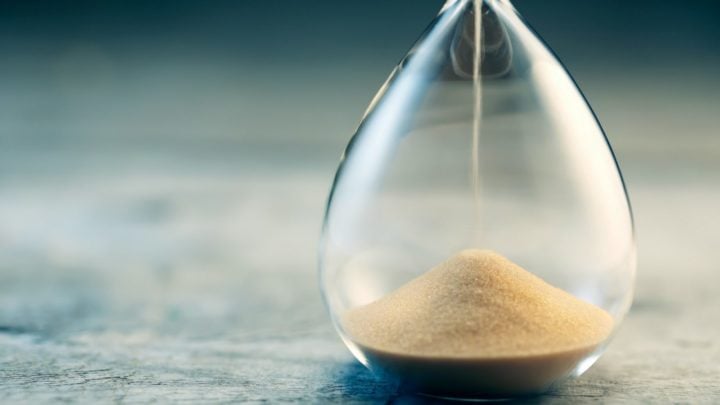 There's more sand in our hourglass than there used to be, but it's not clear yet how we'll make the most of it.

The first person to live to 150 has already been born.

At least, that’s the view of pioneering Australian scientist Professor David Sinclair AO. In his dual role as professor at the School of Medicine at the University of New South Wales and professor in the Department of Genetics at Harvard Medical School, Sinclair and his team study certain genes that can actually protect the body from ageing.

In simple terms, these genes can be modified so they become more active and potentially delay the diseases we succumb to as we get older – effectively slowing down the ageing process.

While radical life extension technology has long been the stuff of science fiction, Sinclair has achieved worldwide acclaim for his research, and believes we should all be up in arms about the universal ‘disease’ of ageing. He feels he has an economic and moral duty to use his scientific expertise to work towards a solution.

In 2014, Time magazine included Sinclair in its list of the world’s top 100 most influential people, observing that the aim of his research is to one day allow people to live for many more years “with a body that’s robust enough to make the most of them”.

Anti-ageing drugs are unlikely to go to market any time soon, but in a 2018 interview with Helen Hawkes of the Australian Financial Review, Sinclair suggests the research is moving quickly.

“We have more than 100 PhDs working on this commercially across dozens of companies, and expect to have the first products to market within three to four years,” he said. “Within five to 10 years there will be multiple medicines available to mitigate ageing.”

Whether or not this work eventually makes living to 100 the new normal, the reality is that Australians are already living longer than ever. According to the Australian Institute of Health and Welfare, since the late 1800s, the average life expectancy at birth in Australia has risen from 47 years to a little over 80 years for men, and from 51 years to around 85 years for women.

The ripple effects of rising longevity are many and they are being felt in every aspect of our lives.

The end of job security

Over the past 100 years, the milestones of life have been progressively redefined. ‘Study, work, retire’ has been replaced by something more flexible and fluid as people reaching the traditional retirement age continue to work for a range of reasons.

Countless studies indicate that individuals, employers and society all benefit where older Australians are given the opportunity to remain engaged and active in the workplace in flexible ways – where they have a desire to do so. But here’s the problem – technological change, workforce casualisation and age discrimination mean job security for older workers is rapidly becoming a thing of the past.

Those who are willing and able to continue working in some capacity should be welcomed with open arms. First and foremost, for the experience, knowledge, diversity and mentoring capacity they bring to the workplace. And of course, each additional year in the workforce represents an ongoing contribution to the tax base (while boosting savings for eventual retirement) and one less year of drawing down on social security benefits.

Potentially, these are win-win outcomes, but as a society we are not yet sufficiently switched on to the growing need to work together to lift the participation rate of over-55s in the workforce. A good start would be to acknowledge the valuable contribution of older employees, the benefits of intergenerational mentoring and the need to offer flexible working arrangements for those that wish to continue working on their terms.

It has long been acknowledged that governments around the world are grappling with the cost of a society living longer. The generosity of social security is in steady decline and the examples are everywhere you look.

In January 2017 we saw clear evidence of a system under pressure as changes to the eligibility criteria for the Age Pension caused some 320,000 Australian retirees to lose some or all of their benefits.

While there is no official ‘retirement age’ in Australia, the age of eligibility for the Age Pension has risen to 65.5 and will increase further to 67 by 2023. The federal government has recently shelved a controversial proposal to further increase the qualifying age to 70 to take pressure off the federal budget, but this debate will inevitably reappear in the years ahead. The financial challenge arises because more than a century after the Age Pension was introduced, the age of eligibility has barely moved, yet life expectancy at birth has increased by around 25 years.

Due to a combination of the post-war baby boom in the 1950s and the more recent decline in fertility rates, we have unwittingly created a mathematical conundrum. While there used to be five working-age taxpayers for every retiree, before long there will be just two. Something has to give.

The sheer cost of living longer

Living longer creates the bittersweet reality of more time on earth, accompanied by the challenge of funding all those extra years. Longer retirements are expensive!

Funding a 25-30-year retirement can be a daunting task, and there is a natural tension between a society obsessed with the short term, and the need to carefully prepare for the distant future. You are encouraged to plan and invest for the very long term, yet news outlets breathlessly report the apparent significance of hourly movements on currencies and share prices. Short-termism is rife, which can make financial decision-making a minefield.

What should be an unequivocally positive development can become a source of angst and uncertainty for individuals who are financially challenged by longer lifespans.

A question of time

In an age of ever-increasing lifespans, at some point (health permitting) we all need to decide how we will spend all that extra time. While it may be a decidedly one-dimensional existence if those years are spent exclusively focused on work, there are valid reasons why spending decades entirely at leisure may be just as unfulfilling.

The financial necessity of living longer is seeing more Australians retire later and a gradual transition to retirement (via part-time work) has increased in popularity as an alternative to stopping work altogether at a point in time.

If the opportunities are available (and that is a big ‘if’), phased retirement can offer a more balanced combination of work and play in our 60s and beyond.

What about quality of life?

During interviews I conducted while writing End of the Retirement Age, it was clear there is a level of unease about the idea of substantially longer life spans. Imagining a world where, for example, more people routinely live to 100 and beyond, challenges our ideas of a ‘normal’ passage through life and creates many additional layers of ambiguity that are difficult to fathom, let alone get excited about.

While longer lifespans are rightfully celebrated as evidence of a society advancing, such progress has some obvious downsides. A longer life holds little appeal if it is accompanied by poor health and declining levels of wellbeing. Medical advancements allow doctors to prolong the lives of patients with serious conditions – often for many years – but quality of life is rarely guaranteed. Families witnessing the deterioration of a loved one are all too familiar with the difference between ‘life’ and ‘living’.

We are all different, and the challenge we all face is to find the right balance that allows us to enjoy the benefits of longer lives, while understanding and navigating the ripple effects.

What do you think is the most pressing challenge created by increasing longevity? Have you thought about how the Age Pension may have to change to cope with cost of increasingly long retirements?