Dr Karl: Why are we still arguing about climate change? 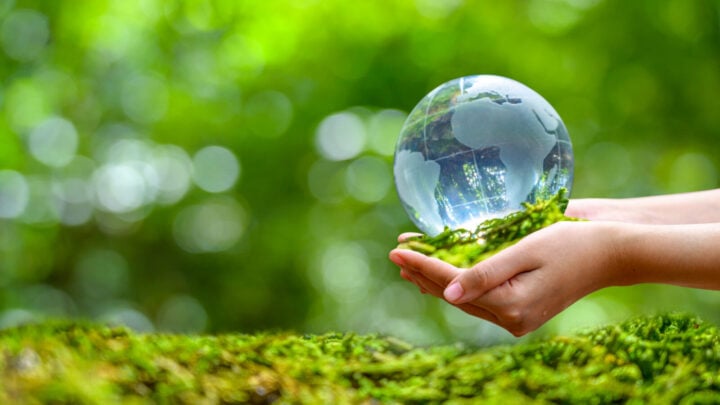 I did my first story on climate change for Triple J back in 1981. By then, evidence had already been piling up for more than 20 years, and by 1991, climate scientists had agreed that climate change was happening — and we humans were causing it. So why are we still arguing about it 30 years later? It’s just one question I answer in my new book Dr Karl’s Little Book of Climate Change Science.

Starting in the mid-70s, fossil fuel companies carried out much of the research into climate change. In 1982, they predicted, with remarkable accuracy, what the carbon dioxide levels and air temperatures would be in 2020 if the current trend in burning fossil fuels continued.

But by around 1990, big fossil fuel had changed its goals with regard to climate science. The transparent research that fossil fuel companies had initially conducted came to an abrupt end.

Instead, they formed the Global Climate Coalition, a political lobby group whose objective was to deny and discredit global warming. This group worked relentlessly and secretively to keep fossil fuels in the market, and successfully blocked any government efforts to reduce the burning of fossil fuels.

From stating, in 1978, that there was “general scientific agreement” about climate change, by 1997, big fossil fuel’s position shifted to the false claim that “scientific evidence is inconclusive”. Back in 1978, Exxon Senior Scientist, James Black had said that humanity had “a time window of five to ten years before the need for hard decisions” with regards to ditching fossil fuels. By 1997, however, Lee Raymond, the Chairman and CEO of Exxon, said that nothing would change in the climate if “policies are enacted now or 20 years from now”.

The big fossil fuel companies knew that this current episode of climate change was real and was caused by burning fossil fuels. It’s possible they realised they had two options:

Option A. They could continue to sell ‘energy’, but gradually move out of fossil fuels and into other sources of energy. After all, the world still needed energy (heat, electricity, transport, etc). But this was new territory. Most companies would do well, but some might not. At the time, this probably seemed like a riskier option.

Option B. They could do business as usual (BAU) and keep selling and burning fossil fuels. This would be, in the short term of a few decades, a lower risk option. But this pathway would require high-level government lobbying (via the Global Climate Coalition), as well as a well-funded disinformation campaign. Luckily, when it came to BAU and disinformation, big fossil fuel had the successful examples of tobacco and alcohol to follow. (After all, tobacco and alcohol are still doing very well.) Big fossil fuel took the BAU pathway.

The lobbying by big fossil fuel was so powerful that, in 2001, the newly installed President of the USA, George Bush, appointed Philip A. Cooney from the American Petroleum Institute, as the new Chief of Staff for the Council on Environmental Quality – the office at the White House that directed its policy on climate. Now the fox was ‘guarding’ the chicken coop!

In 2005, Cooney resigned to work for ExxonMobil. Under George Bush, the USA also pulled out of the Kyoto Protocol, an international treaty with the aim of limiting global Greenhouse Gas emissions.

In a way, it’s hopeful to reflect that big fossil fuel did once have an open mind and a good heart. Maybe they can return to a more genuine position – and convert oil refineries to hydrogen production plants.

Do you believe in climate change? How do you reduce your environmental impact?