Why do I believe in aliens? Because I’ve seen one’ 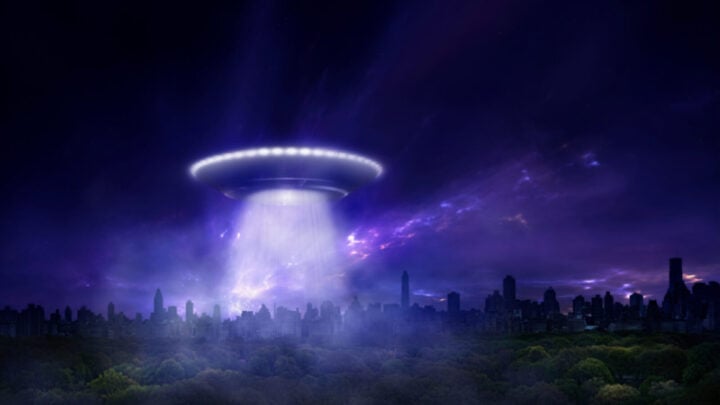 Is there life beyond Earth? Plenty of people believe there is. Source: Getty

The subject of UFOs is not a topic that is regularly discussed at dinner parties, unless you are among a group of like-minded people. I have never personally had an encounter with a UFO or extraterrestrial, but my fascination for this topic has always been strong, going back to about 1971 when I started reading about the unusual experiences pilots had while flying.

Many of the pilots I read about were reluctant to talk about their experiences and those who did were often ridiculed or feared losing their jobs.

Over the years I have met several people who claim to have had a UFO or alien experiences. Although I have no way of validating their experiences, their personal accounts are similar enough to others illustrated through documentaries, television shows, books and movies that I am inclined to believe their accounts.

The following interview is with a friend I’ve known for about 20 years. For anonymity purposes, I will call her Laura.

Mary: “Could you tell me about the experiences you have had regarding UFOs and extraterrestrials?”

Laura: “This is the first time that I am actually putting these words into any written form. I’ve only spoken about this a few times.

“The initial visitation was, if I recall correctly, the summer of 1982. I was living at our family home in Westhampton, New York, on eastern Long Island. I remember that I was taking a summer Algebra II course at the local community college. I returned from the class between 8:00pm and 9:00pm and walked to the back door of our modest ranch home. It wasn’t completely dark, but the sun had set and the sky was dark in the east. My grandmother and I were the only ones living there at the time, I’m pretty sure.

“For some reason, while unlocking the back door, I turned around and glanced back and upward, over my right shoulder, past our large cedar tree and beyond the property line at the neighbouring field off to my right to the northeast. I must have turned around to face it as I was so shocked at what I saw.

“Probably 75 yards (68 metres) away and perhaps 80 to 100 feet (24-30 metres) in the air was an immense object that I can only name as what most would refer to as as spacecraft. It was, like every other spacecraft I’d seen in photos or movies or TV shows, round or circular on the bottom and possessed round lights all the way around the outer edge of the bottom.

“These lights were lit like a movie theatre marquee, although only one light was on a time, each lit up for only a split second and then the next and the next, the light shining all the way to the ground, or close to the ground, swirling around and around. I don’t know how many revolutions the lights made while I stood there in awe, perhaps only three, and I don’t believe there was any whirring, or sounds of any sort with those revolutions, or any noise at all emanating from craft itself.

“I didn’t speak of this incident for at least a decade.

“When I finally did speak of it, those I spoke to didn’t truly believe me. It wasn’t until years later, I finally spoke to my father and a friend of his, who worked at what was then Grumman Aircraft, now Northrop Grumman.

“I drew a picture on a napkin of what I had seen and described the incident. They shot a glance at each other and my father said, ‘Well, that’s interesting! Your brother and your grandmother have indicated that they have seen the same thing.’ I don’t believe we ever spoke of it again.”

Mary: “Have you ever seen an alien?”

Laura: “The only alien encounter I had was in May of 1994. I awoke to a presence early in the morning. The front bedroom was always greeted by daily gorgeous light. Today was no different, but upon opening my eyes, I saw, hovering above me, a face. Nothing other than a face of a feminine-looking alien. Classic, large hairless head with black eyes, but they were smiling eyes, sort of squinty, and the mouth was slightly upturned in an ever-so-slight smile. It just hovered there, floating.

“I recall my eyes were wide open. I recall glancing over to my left, to see my partner, still asleep. I tried to speak. I tried to move. It was one of those weighted-down experiences that one can only understand if you’ve had one. Absolute weight on the body, such that I could not move and I could not speak or scream or anything.

“My initial response was fear, but that subsided quickly when I noticed the features being feminine and non-threatening. It, too, like the above incident, was over in a moment. It could have been a dream. But it was vivid and clear as day.”

Do you believe there's alien life out there?