Welcome to the 21st century 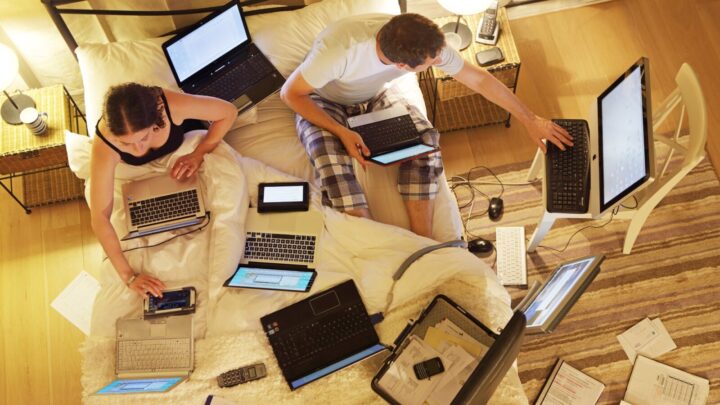 Back in the 1950s, our parents promised us the 21 st Century would be an amazing time filled with flying cars, self-mowing lawns, and holidays to the Moon. They lied.

Our lives instead are ruled by stupid little gizmos called Apps on smartphones. And sadly many Oldies are feeling increasingly shut out of this confusing new world. The Queensland Government- they who close the borders at the mere hint of a sniffle- recently declared that Queenslanders would soon be converting to a digital driver’s licence in a mobile phone app.

This will replace the little plastic licence with the photo that makes the bearer look like a serial killer. Or is that just mine?

Tech addicts are delighted. Another app to cram onto their smartphones beside the app that accesses the internet, orders a food delivery, controls the lights to your home tells the time in Kyiv and has the certificate to prove you are jabbed against the plague.

Sadly more oldies are being left behind by modern society in the quest to make everything ‘virtual’, online or driven by some silly little symbol on a mobile phone

People don’t talk now, they text or direct message, in short sentences using cartoon images called emojis or even pieces of fruit to convey meaning which apparently can even stand for sexual things nana and grandad are not supposed to know about. Be careful who you send the long purple eggplant emoji to!

Who’d have thought in the 21 st Century words would be replaced by explicit fruit? Small wonder many would like to prefer this century does not exist.

Flying cars and holidays to the moon? How about global plagues, rap music and re-defined gender pronouns.

Sometimes tech just gets too clever for itself. Every day more of it is being added to our lives – we don’t just have TV channels, we now have streaming services, accessed via the internet. Apps on your phone can remotely switch the lights or the aircon in your house on and off, even if you’re in another part of Australia. This really confuses dogs who go from room to room looking for someone to bark at.

Banks are closing branches as ‘virtual’ cash dealings take over thanks to the banking app on the phone. Who needs cash, they say. The recent devastating floods in Queensland and New South Wales, when EFTPOS terminals were down and internet services imploded, demonstrated what oldies have long known- cash will always be king.

But who listens to us Luddites?

Now our driver’s licences are going to be a mobile phone app too. Where does this end for older folk, especially those who can’t work a keyboard or whose arthritic fingers can’t adapt to those tiny controls of a mobile phone? Meet the silent, ignored, a slice of the retiree generation.

This was highlighted during the Covid-19 crisis when we were trying to download vaccine certificates to our mobiles. For many it was a nightmare of negotiating MyGov, My Health Record, My Government Department of Confusing Instructions and my smart arse phone that refused to instal the vax certificate.

Worse was the introduction of QR codes at shops and clubs which illustrated how many didn&#39;t have phones equipped to use the QR code facilities.

I especially feel sorry for the over 70s and over 80s in this scary new world, if they are unfamiliar with the common gossip outlets such as Facebook, Twitter, Instagram and others that require a university degree to use.

There’s little sympathy from the tech generation which just smirk at the oldies’ inability to use today’s gizmos. They claim a mobile is also a portable computer, camera, bank, global communications system and a virtual assistant. All of which is fine until their phone is hacked by scammers or is dropped in the toilet.

We should just chuck them a rotary phone from the 60s and tell them to make a call. Some 1960s technology would wipe the smirk off their face. I wonder if there’s a fruit emoji for this?