‘We cleared out a friend’s house after he passed, what we found moved us to tears’ 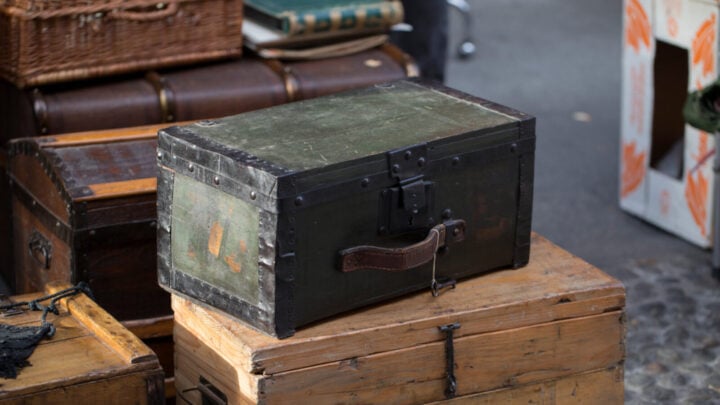 It was early January, the day after my seventieth birthday in fact, when the call came. Robby announced himself on the other end of the phone and I struggled to remember who he was. He must have heard the uncertainty in my voice and said, “You know – Gordon’s friend, from Brisbane.”

“Yes, of course. How are you?” I replied, trying to sound convincing.

“I’m afraid I have some bad news; Gordon passed away this morning.”

Gordon, a mutual friend, had recently suffered a stroke and had been hospitalised for weeks. He’d become paralysed down his left side and was not making a good recovery. I remember saying to Peter, another mutual friend, as we left his bedside after one of the few visits we managed to make, that he wasn’t going to come good. In fact, he had deteriorated and his speech was beginning to fail. He was a pitiful sight and I felt so sad at seeing him in this condition. “Wish I could slip him a pill to put him out of his misery,” I confided and Pete nodded in silent agreement.

Gordon had lived alone for the past few years after separating from his wife. It had been a brave decision to call it quits after so many years of marriage but, for reasons only they knew, it was no longer working and they had decided to live apart. Peter and I had come to know Gordon through the local bowls club and we often went out for a meal or a few drinks together – three old geezers enjoying each other’s company and too old to chase a bit of skirt so making do with a bit of booze instead.

Robby was closer to Gordon than most of us, even though he lived further away, and Gordon had entrusted a set of his flat keys to him just in case something like this should happen. During his convalescence from the stroke, he had asked Robby to clean up the flat before his wife and other family members got in there. Robby asked me to help and we went over there one day to go through his stuff. There wasn’t much to clean up – he seemed to live a fairly spartan existence but we did find a locked chest under his bed. On enquiring about this, Gordon had given Robby a key to the chest and, without any further explanation, told him to dispose of the contents as he thought fit.

The day after Gordon died, Robby asked me to accompany him to the flat again and said he was going to open the locked chest. I think he wanted a witness in case it was full of gold bullion or something!

We retrieved the chest from under the bed and I noticed Robby’s hand shaking as he inserted the key into the lock. It wasn’t a huge chest but it was very old and covered in brass studs. I think we both held our breath as he opened the lid.

A bit of an ante climax – it was just filled with papers – sheets of old yellowed paper! Some were receipts and some were house plans. There were faded photos, old letters and old yellowed sketches of different projects that Gordon must have worked on decades ago.

“We might as well just burn the lot,” said Robby disdainfully. “It’s just a load of old rubbish.”

“Wait”, I insisted. “We really should go through it carefully; you never know what you’ll find.”

We spent the next half-hour sifting through piles of yellow musty paper and, as we had suspected, it was just an old man’s life reduced to two-dimensional paper format.

Right at the bottom of the chest however, I came across a scrap of paper torn from what may have been a diary or note book, whose, we had no idea, but the words written on the yellow paper seemed to sum up old Gordon’s life philosophy.

I read it out to Robby:

And truly, I’m not worried
That I’ll never touch a star
For stars belong in Heaven
And earth is where we are

Robby’s eyes seemed to cloud over and he looked across at me without speaking. The old mantle clock struck three and broke what seemed like an awful long silence.

We tidied up the bedroom and closed the door quietly behind us.

Have you ever found an interesting item after a friend or family member passed?