‘Unexpected retirement: The price you pay for going back to work’ 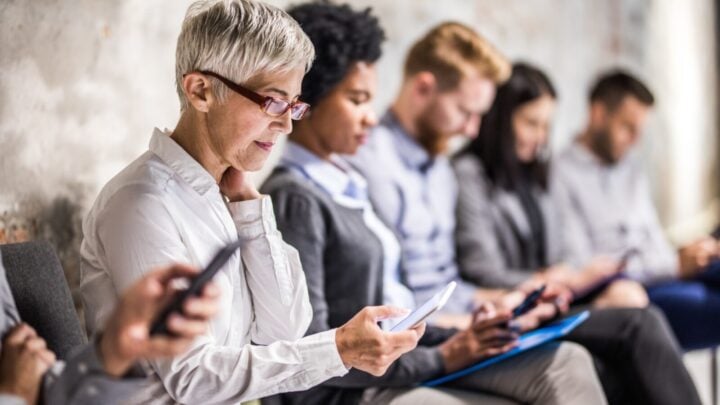 Mary wasn't ready for retirement after being made redundant, so she went looking for the next opportunity. Source: Stock Photo/Getty Images

Three weeks before my 50th birthday, I got laid off from my regional management position. They claimed it wasn’t age discrimination since a few publishers had vanished along with me, but I knew better. I was too old, and too expensive.

The layoff was a real blow to my ego. I had been Salesperson of the Year the year before, so I thought I was safe. But I wasn’t aware there was a corporate restructuring going on. Three magazines were being consolidated. I was in the way.

I wasn’t ready to stop working. I was only 50, and most of my friends were still hammering away at their careers. I was addicted to the money, the perks, and the prestige of being a regional sales manager. I couldn’t let go of my identity.

I began looking for other corporate sales but, but the interviews I had with other publishing companies were going nowhere. I knew I couldn’t go back into corporate life. No one wanted me. I needed another plan.

With my background in photography, one of my friends thought I would really enjoy working at a small camera store in my neighbourhood. It could bring in a little extra money until I found something that it was more permanent. I thought I’d give it a try.

I met with the manager, who gave me a synopsis as to what was involved with working at the store. Basically, it was a sales job. I would ring up film and camera equipment, but the most exciting part of my job would be conversing with the customers about photography.

I’ve always had the gift of gab and to get paid for conversation seemed like a perfect fit. I could be the Ansel Adams of the store and hopefully make some decent money.

I came in to work on Monday and after exchanging pleasantries with my boss, I took my position behind the counter. I was ready! I then looked down and noticed that his register was sadly out of date. The equipment looked like it was from 1983. Not good.

I had to stoop down to the floor every time I made a transaction. On top of that, I had to memorise a bunch of codes that corresponded to the materials I was selling. Didn’t they have one of those nifty scanners like they do in grocery stores? This was not the sales job I had imagined.

After 25 minutes of bending over, my knees and back started to ache. This was an eight-hour shift and I knew I was a goner. I already hated this job and I hadn’t even been there a day.

“Are you on your break?” she asked.

“Going home? Didn’t you just get there?”

“Yeah, but my back is killing me and my knee hurts. I can’t deal with this,” I replied, feeling like a trapped animal at the zoo.

I peeked around the corner to tell my boss that I was quitting, but he was on the phone. Quite frankly I really didn’t want to face him.

I ducked out the back door and headed home. That was the end of my shortest job. I was there only 45 minutes, and I walked out with the glee of a young child on Christmas morning.

I knew there must be a better way to face retirement. A few weeks later, I headed to our local senior centre, where they were desperately in need of volunteers. I began by starting a karaoke program, and then transitioned into facilitating some improv groups. To see these seniors spring to life onstage was such a thrill. Our performances were very popular, and organising them gave me such a sense of purpose and accomplishment.

Although I wasn’t being paid for my efforts, doing something I loved provided to be a lot more fulfilling than trying to cram my way into some crummy job that made me feel trapped. I also kept my expenses low by putting myself on a budget, which really helped my level of stress.

I’ve been retired from corporate life for 18 years, and I’m so glad. Beyond my volunteer efforts with music and improv, I devote a fair amount of time to my writing, and other creative pursuits.

Sometimes the payment you get from following your dreams is worth far more than getting paid for something you hate.