‘Two Old Ducks: What happened after my friend received her first Covid-19 vaccination’ 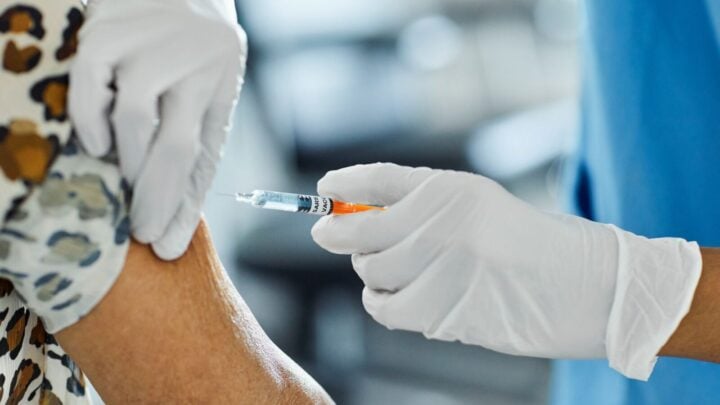 Over the years, Susan and I have shared many confidences. We’ve become like each other’s ‘Agony Aunt’ in many ways (I’m probably more the ‘agony’ and she’s more often the ‘aunt’). We’ve also discussed many topics. Sometimes, we agree, and sometimes we don’t but it doesn’t change our friendship.

Many years ago, my then husband asked me “Why do we have to have so many people in our lives?” My answer: “People come in and out of our lives; some for a short time and some for a long time, but regardless, they all add value”. I’m not sure he grasped that concept. Not long after, he left to ‘go find himself’. But I’ve digressed …

There might be a 13-year age gap between Susan and me, but that’s made no difference. Susan is an extremely intelligent, creative woman. She writes, she paints, doesn’t much like cooking though (I do) and we are very different, yet so much alike too.

Only recently, we discussed the impact of coronavirus on each other’s lives. Susan lives in a small village in Northern France. I live in an outer suburb of Brisbane, Queensland, Australia. The population of Europe is approximately 446 million. Australia’s population is nearing 26 million. The impact of Covd-19 on her and her family is so much greater than what it has been on mine. Relatively though, it’s no less.

Fortunately too, is that no one in either of our families has tested positive to coronavirus, and we don’t know anyone who has lost their life to it. We both agree though, that this pandemic has impacted on all of us — financially, emotionally and economically (from a country-wide perspective especially)

We agree to disagree on the subject of vaccines. She’s just recently had her first inoculation.

Susan writes: I don’t go in for flu prevention jabs, but for homeopathic prevention. I was due to have my last monthly dose of that when an English woman in the next village phoned me before Easter to say she had been given an appointment for a vaccine at the sports centre in Boulogne on Easter Sunday at about 11am. That day, just before midday, she phoned to say she’d had the jab and that she’d been told that there were vaccines left over and people without appointments could have one up until 1pm.

So, I could have the jab too, she said. As she had had difficulty finding the place she said it would be simpler if she fetched me and took me there herself. I was still in my dressing gown so I had to hurry to wash and dress and walk my dog. She arrived 10 minutes earlier than arranged, I was just back from the walk so I had to keep her waiting while I washed my hands and, not having had breakfast, swallow down a tumbler of water, then I was whisked off to Boulogne, 20km away.

My return appointment is the June 24 at 1:05pm. Next time I will be sure to time it to have breakfast beforehand!

Susan sent me another email about her reaction to the vaccine the following day:

I really would have liked to have stayed in bed this morning. Last night in settling down to sleep I found I couldn’t because I started to feel really cold and thus started shivering, my teeth were rattling too and this went on for ages until my body’s efforts to warm me up by shaking my muscles had effect but, not for my feet, they were freezing. After two hours, needing to go to the loo, I also ran hot water into the bidet and soaked my feet to heat them up, thus with warm feet in returning to bed, I was able to fall asleep. But waking again two or three hours later to go to toilet, I found I had back and muscle ache and even had difficulty raising myself up off the loo. The area where I’d received the vaccine was aching too, but that was to be expected.

Her update two days after the vaccination was reassuring:

Feeling better today, hardly a muscle ache but my arm is still tender where the jab was given whereas the jab itself hardly hurt at all! I’d congratulated the medical orderly, told him he was ‘efficase’ — efficient. That made him smile. When he’d thrown the used disposable syringe into the bin, I saw there were masses of them in there, the administrators had been injecting doses since early morning and I was in just one of 10 tent booths, so he was one of many medical orderlies, but even if he was new to the job he’d have given a good few injections before giving me mine.

Susan said she’d received an email from her sister who had had a similar reaction to the vaccination. In the email her sister had said she was “piling on cardigans and put on my thick bath robe and two pairs of socks, but still got into bed shaking”. Both Susan and her sister had one type of vaccination, which Susan’s brother-in-law had the other one.

Having heard about AstraZeneca vaccine and blood clots, Susan is now concerned. She worries that if she has such a significant side effect to the vaccination the responsibility of looking after her pets would fall to a neighbour, which is not ideal in her opinion. I’m hopeful for her that the follow-up vaccination won’t be so aggressive!

Do you have family or friends reluctant to get the Covid-19 vaccination? How do you talk to them about it?