‘The thinking man’s army: A glimpse of the past and a darker side of nostalgia’ 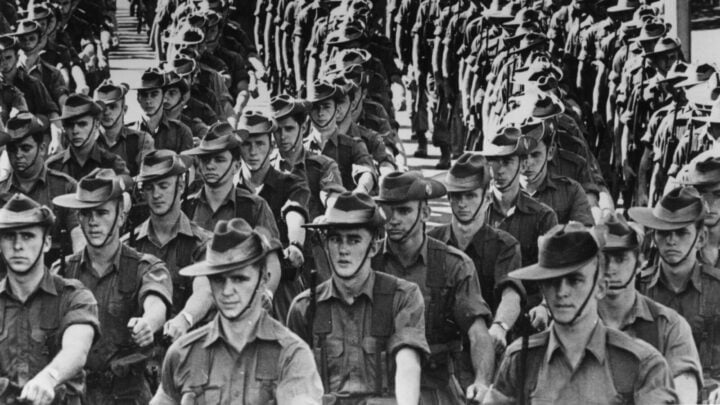 Julie writes about the not-so-good nostalgia of our past. Source: Getty Images

Recently I woke up to chirping, a holiday at home. I encountered a young male at the supermarket, who was telling me of his ambitions to be an officer in the Australian Defence Force. A glimpse of my past chanced across my thoughts.

Nearly 50 years ago, I was only a teenage girl. I took leave from my studies to join the public service as a clerk. These days, I would be termed an administrative officer. I was seconded to the old Victoria Barracks in Melbourne. There I played my role as part of defending Australia.

The old bluestone barracks was freezing in winter, and stifling in summer. Furry mice inhabited the old filing system, making merry in years of paperwork no one ever needed. This was straight after Vietnam, a not-so-good time of nostalgia in the ADF. The defence force, and its officers, was regarded as the ‘thinking man’s army’. This was said by a very catty non-com. There were very few, if any, female officers training at Duntroon.

In my job, I was not overexerting. I was propping up the defence of Australia, the homeland. There was an officer’s mess, a sergeant’s mess, and a hotel on the corner. Many of the defence personnel did a nice disappearing act promptly at 10am each day. They reappeared when it was home time.

It was a job for me, saving up for further studies. On Wednesday afternoons, even more quiet lassitude would descend on the barracks. It was sports afternoon. I do not know if the ADF still does this. Every able-bodied member of the defence force was supposed to be playing sport.

The male public servants took off to the hotel, or the Melbourne Cricket Ground where Australia or Victoria were playing. So, we sat, a few teenage girls and some older clerks who hid their empty bottles in the files with the mice. We were nobly defending Melbourne.

“Great!” I thought, “Wednesday afternoons at around 2:30pm is the perfect time to invade Australia.”

No one did, thank goodness. The ADF were drinking, playing sport, or viewing cricket. So, nothing bad happened. Except I met the camaraderie of young and old heavy drinkers. I learned how to fill in time, as I defended Melbourne.

It was the ‘thinking man’s army’, nearly 50 years ago. A time of peace, after the debate about Vietnam.

I wished the young man I met at the supermarket good luck. I am sure he shall do very well in the ADF, a glimpse of the past that passed into my thoughts. Not-so-good nostalgia, but there was peace.