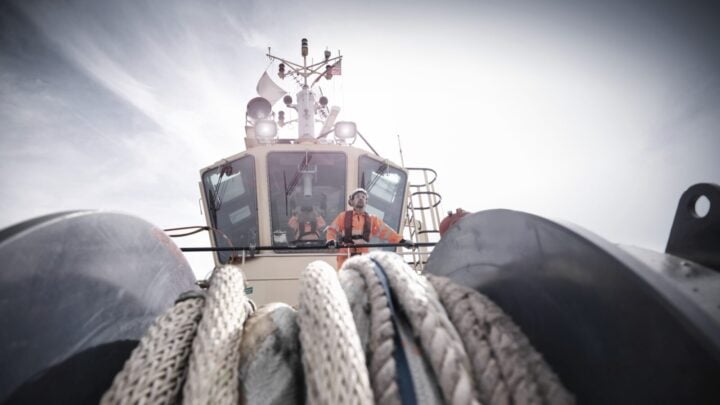 Garry got out of the television industry for a different job and it was the best decision he could have made. Source: Getty Images

In 1966 employees were in short supply in almost all Australian industries; Australia’s involvement in the Vietnam War was at its peak and I had luckily just avoided the compulsory Lottery Call Up for active service in Vietnam. I was employed at a Canberra TV station as one of their TV news cameramen. This job quickly afforded me many of the trappings required for a life of plenty that most 21 year olds were still dreaming of at that time.

I had a new car, cash in the bank, freedom from debt and interesting friends. Yet somehow, in spite of having an abundance of all these things, I still felt a void in my life calling out to be filled. Call me ungrateful if you must.

One news assignment, before resigning from my job at the TV station to answer that call, was to film United States President Lyndon Johnson’s arrival in Canberra for his campaign to garner more support and more young Australian men to fight in his ill-fated war in Vietnam. As his multi-vehicle, multi-helicopter, entourage approached the vantage point I shared with a few other journalists, I was surprised to see his vehicle suddenly come to an unscheduled halt and President Johnson exited his bullet-proof vehicle. He made his way toward me, offering me his hand for a handshake. Singled out and startled, and with helicopters hovering above, I hesitantly put my camera down and instinctively grasped his hand while his security team surrounded us looking concerned, to say the least. While shaking my hand vigorously and firmly he said directly to me that he hoped I cover his visit professionally and that his historical visit, which was to halt the spread of Communism from the North Vietnamese, was broadcast far and wide.

“The Domino Effect must be eliminated. If Vietnam falls Australia will fall too” — or words similar to that. I reacted by remaining dumbstruck and silent all the while feeling the enormous strength in this large hand. After his stern and forceful words, clearly audible even above the sounds of the overhead helicopters, he then wished me well and re-entered his vehicle to continue on its way. Instinctively I picked up my camera and continued filming.

Some months later my best friend had lost out in the ‘Hunger Games’ of those days, which was a radio broadcast lottery ordering him to undergo compulsory military training in preparation for active duty in Vietnam. Since I had recently resigned from my TV job, and he had two months spare before entering military training, we decided we’d take a road trip in my new car. We started from Canberra, and travelled via Sydney, Brisbane, Cairns, Cooktown, Kurumba, Mount Isa, Darwin, Alice Springs, Adelaide, Broken Hill and finally back to Canberra. My friend was thinking that perhaps this might be his last journey as the war in Vietnam was going very badly.

Remembering that in those years there were no unemployment payments or similar support systems whatsoever; only a surplus of unfilled job vacancies, I decided to keep an eye out for any interesting job opportunities that might cross my path on our journey.

One night in a popular pub in Cairns I met a young man who shared with me his recent experience whilst working in the recently-developed Comalco bauxite mine at Weipa on the far north-west of Cape York Peninsular, Queensland. He scribbled Comalco’s employment office address in Cairns on the back of a beer coaster. As soon as we returned to Canberra from our epic road trip, my friend sadly departed for compulsory military training while I headed post haste north to enrol at the Comalco Employment office in Cairns.

Within days I was dispatched by air (no road in those days) to Weipa whereupon I was assigned as the sole deckhand on a small tug boat that acted as the pilot boat and assisted with manoeuvring the huge ore carriers alongside the ore loading terminal. My skipper was from Thursday Island in the Torres Strait. He was once a pearling lugger skipper, but since the demise of the mother of pearl industry he had to seek employment further afield in Weipa.

We got on famously. He had a great sense of humour, was full of stories of his pearling lugger days, always smiling and a great skipper. We were the sole crew members and remained so for almost the year that I was to work and live aboard.

A typical 24-hour day would be something like this: at any ungodly hour we would take the harbour pilot 15 kilometres into the Gulf of Carpentaria to a distant light/navigation beacon where we would rendezvous with a giant ore carrier, whereupon the pilot would climb aboard, with my assistance, and begin his role of guiding the ship through the well-marked channel, then navigate a few tricky bends in the river then direct us to take onboard a very thick and heavy towrope; secure it to an enormous hook and begin to pull or push as required to manoeuvre the ore carrier along side.

My job, besides serving the skipper and pilot coffee, was to grasp the heavy tow rope dangling from the ore carrier with a long wooded pole and clamp it securely in the giant hook located amid-ship on the tug boat. Sounds easy, but leaning over in the dark of night during heavy monsoonal downpours grasping for the rope at times almost under the ore carrier certainly tested my mettle.

Strangely, these challenges and risks were slowly beginning to fill that void in my life mentioned earlier. To me this became my new real world far removed from the deadlines, endless spin and egos I found poisoned my experience working in television. Here it was my responsibility to do my tasks safely and properly. An ore carrier moving at night up a river relies upon its tow rope being grasped in a timely manner and secured safely. I relied totally upon my skipper to nudge our moving tug to within a few meters of the moving bow of the ore carrier in order for me to grasp its tow rope. Failure was not an option.

There was no room for spin, fake news or egos here. Peoples’ livelihoods and lives depended upon everyone doing their part properly. Much of these activities were carried out at night, and towing ore carriers also meant we had to accurately determine our positions by identifying the correct navigation lights by eye. We had no instruments to guide us. If we got that wrong it meant both vessels were in the wrong location. That must never happen.

Most ore carriers would remain at the ore loading facility for around 15 hours being filled with bauxite ore, then wait for the rising or high tide before we would pull the carrier away from the wharf, take on board a bow rope and tow the ore carrier along the river to the open sea and wait for instructions from the pilot or the ship’s captain. Often we would accompany the ship to the furthest beacon 15km out to sea. This would sometimes be necessary because another empty ore carrier would be anchored there waiting for the the pilot and us to guide it into the harbour and then alongside.

I often slept onboard as there was not enough time to return to my accommodation in Weipa. We were well-equipped with bunks, fans, and cooking facilities.

I loved our night time voyages as the night sky was mostly so clear. My skipper would point out the various stars by which he used to navigate during his time as a pearling lugger. There were few navigation aids available to him back then so he relied upon stars to keep him and his crew safe at night. Some nights the phosphorescence in the warm tropical water was so intense that the tug boat would leave a glowing green wake hundreds of meters long as we steamed to our destination. It was sometimes so intense that if we put our hands in the water they would glow momentarily in the darkness when we pulled them out of the water.

The daily routine had its moments though; I had only been there a few weeks when my skipper encouraged me to take the wheel and learn to handle the tug. This soon came in handy. He occasionally enjoyed a few beers and on several occasions he insisted I take the wheel as he was too overwhelmed from too much alcohol. The first time this happened I was on-deck keeping an eye of the tow rope connecting us to a giant ore carrier steaming 50m behind us. Skipper suddenly began calling to me to take control as he was having one of his moments. I grabbed the wheel with one hand and the throttle with the other in order to keep the correct tension on the tow rope — too little tension and the ore carrier would end up towing us; too much tension and we’d sway uncontrollably.

Another memorable moment occurred when we released an ore carrier early as instructed by its captain and headed for the hotel for a few well-earned drinks. Unlike most employees at Weipa, we were seldom in town because of our erratic work schedules. No sooner had we settled with our drinks our foreman rushed in ordering us to make our way to the tug immediately — the just-released ore carrier had run aground in the main channel. Panic!

The tide was well below prediction and the fully-laden carrier was now sitting on the bottom. We dashed out as fast as we could under full steam. Its captain ordered us to first take a bow line and pull at right angles to his ship until some sideways movement was detected. Meanwhile, the ore carrier also ordered its engines full steam. Upon further orders, we released the bow line and took up a stern line on the opposite side and again pulled at right angles until some sideways movement was detected. We were trying to wriggle the stranded carrier while the carrier was running its engines at full capacity ahead.

The water around both vessels turned an ominous ugly grey. Finally, after much pulling and with the aid of a slightly risen tide, the carrier became free. I was ordered to release our stern tow rope as soon as my skipper created enough slack and before we ended up being towed by the carrier. Once you get into the situation where the carrier is towing the tug the only escape from capsize is to cut the tow rope with an axe, which was always placed next to the huge hook. This only happened once and space won’t permit me to share this incident here.

When I reflect back upon these well-paying, carefree and adventure-filled days far from civilisation, I can see how such an environment changed the course of my life irrevocably and for the better. It has lead me to live a life full of opportunities and adventure; a life where, for me, experience holds a greater value than material things or stuff. Nowadays for some, this is even becoming fashionable or a life goal.

As a side note, my friend did two ‘tours’ of front line active service in Vietnam without a scratch.

Is there a single event that changed the entire course of your life?