‘The good, the bad and the downright ugly people I’ve ever met’ 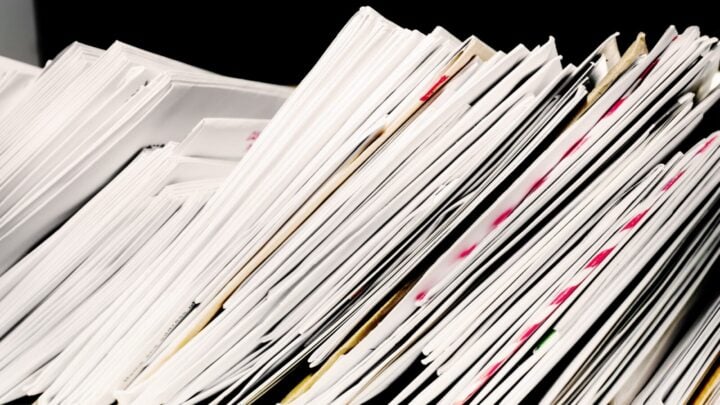 Jacqui still wonders about the piles of mail left unattended in one of her workplaces. Source: Getty Images

In a lifetime we all meet a mix of different human beings, some are uplifting and life enhancing. Others bring nothing but ugliness and pain.

I was just idly thinking of the beautiful people I know. The ones who help others, quietly and willingly, they cook when someone is ill, pop round with flowers, or –like my neighbours — share their garden bounty. Take my friend Joyce who has so many health issues, yet she has a 100-watt smile and gives nothing but happiness. The encouraging friends who are there to boost your ego, they do it with such natural charm too. The ones who send you gifts with no thought of thanks just because they are made like that. Thank you for them.

Then we have the other side of the coin. I came across it first at school. A girl punched me in the breasts as often as she could when I was about 14. I don’t know what I did to make her react so cruelly to me. Perhaps my shy nature in those days made her feel brave. One day I snapped and shouted at her. She stopped.

Then at work — a prestigious boys’ school with a history dating back more than 200 years — I was in a small office with two women only in their 20s or 30s, but they had the ‘old maid’ attitude. I was a junior so did the stamps and sorted the post, ran up and down four flights of stairs to make tea and did all the copying. I answered the phone and booked squash courts.

I was shy I was scared. It was my first job.

When so much of the post was not collected I didn’t know what to do with the growing pile so I asked these women for help. They ignored me. When I got the stamps wrong, they shouted at me. At no stage did they show any kindness or try to assist me. I would have appreciated a kind word of encouragement.

I stuck the job out for six months, trying to learn but I was very unhappy. The bursar was quite kind to me, the only one who was.

I had no idea how to flirt with the gorgeous boys, I was too shy. Now I wish I had the confidence I developed later in life!

Just before I left, the uncollected post had grown to a huge box full. People who had moved on, mail wrongly sent, or unsolicited. It was a real worry for me, I had no idea what to do, so got a sack and left it for them. I dreaded going anywhere near the area for years. I wonder what became of it … That was 1957.

I next worked in a hospital and I was happy. I loved training to be a nurse. The work was hard, and dirty at times; I was even once attacked by a mentally ill patient, but the people I worked with were kind and considerate.

One high ranking sister was tough, she used to shout a lot, and expected high standards. Yet, she was the one who would make us scrambled eggs on cold winter mornings. We had to work on an old ward separate from the rest of the building, so she treated us to a secret breakfast. I remember her kindness well.

In the early-1990s, in another position, I met an evil couple of nurses in Melbourne. I caught one being cruel to a resident we had. It was so distressing, but I threatened her with exposure if she ever behaved that way again. I spent time comforting the old man who had been hose by this vile person. I hope things have changed in that time. Perhaps though even now there is room for more honesty, more genuine care for our elderly.

We also had a new owner of the small nursing home, who in her desire to save money and line her pockets, cut back all supplies. We had hardly any pads for the residents, there was less bedding and less food, and she made us work in all areas. I was doing activities, kitchen work and showering people. It was impossible. Then she tried to make us resign and reapply for our jobs. My friend and I decided enough was enough. We refused. The staff banded together and saw the owners and governing body to report the behaviour. The dragon left, still breathing fire.

Where I live now my husband and I have found a beautiful town of kind and friendly people. Only once have I had to deal with a troublemaker. She was trying to turn friends against me. I went into battle and dealt with it. But the pain that sort of behaviour cuts deep into my heart.

Defending yourself when someone is telling ‘porky pies’ is a very hard thing to do. Mostly, I have been supported. I do love this place.

Who have been some of the best people you've encountered?