‘The frustrations of government service and the public health system’ 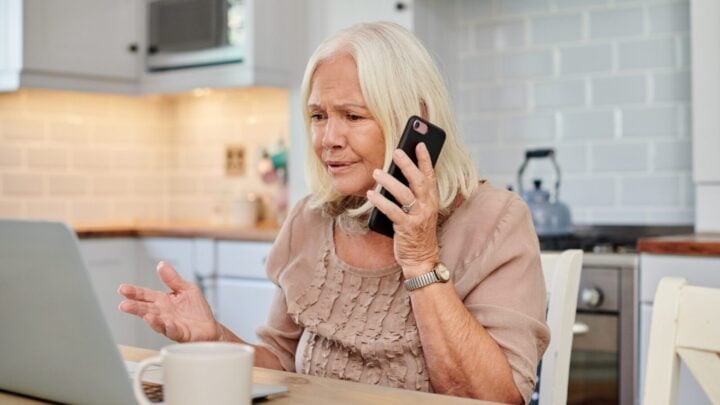 Ever been on hold with a government agency for so long you finished the first season of 'Grace and Frankie' on Netflix? Source: Getty Images

I’d recently been talking with my friend, Susan about the stresses and complexities of dealing with government agencies. We both rely on our pensions to see us through from fortnight to fortnight.

If you thought retirement would be stress-free and uncomplicated, then think again!

I live in Brisbane, Queensland, Australia. Susan lives in northern France. Regardless of the distance we both experience the same stress and frustration.

Recently I was applying for approval for a Home Care Package (HCP) through the Australian Government’s My Aged Care. If I had hula hoops from my chin to my ankles, I would be a professional.

It would be too lengthy to describe the complicated process I’ve been through, a process I began more than three months ago. The phone calls; trying to navigate their websites; the forms; doctor’s reports; at home assessments … Finally, I was approved for a Level 2 HCP that came into effect on November 1. I feel I’ve bloody earned it!

With that sorted, I had to contact the local public hospital to whom my GP had sent a referral. When I finally (I’d been ‘on hold’ for at least 30 minutes) spoke to one of the customer service team, apparently more information was needed from my GP. It hadn’t been received.

Why? Because it was bloody posted; not faxed or emailed, but posted! When? I had no idea (and neither did the woman on the other end of the phone).

Having expressed my frustration at the lengthy and inefficient process, the woman I was speaking to said: “We are a public hospital. It’s the way it is.”

By this time, I had reached boiling point. I politely said “thank you” and ended the call.

Then there was the dentist. The dentist and her assistant were lovely. My teeth were inspected; work needs to be done, and an X-ray of my jaw required, though that has to be done elsewhere. I stopped at the reception desk to arrange my appointment. Thursday, December 16!

The greatest failing of public ‘systems’ in my opinion is the administration. There are board members sitting in their cushy offices, dictating how, what, when and where staff will function. These people don’t have to deal with the ‘system’ they have dictated. They all have private insurance and large salaries.

By the end of the week, my stress level was indescribable. I often wonder how people less competent with computers and technology, have low to middle income and with families to raise while also working full-time jobs get things done with government departments. Surely they don’t have endless amounts of time to spend on the phone waiting for assistance from a ‘real’ person.

Don’t get me wrong though, I’m very grateful we have these public systems in our country. Many countries don’t.

When I spoke to Susan about my challenges with the public system, she said, “It is ironic that when people are elderly or disabled that’s when they have to find the energy and the willpower, not just to attend medical appointments, but to arrange to have them in the first place.”

She said even having to make a doctor’s appointment stresses her because she is not tech-savvy enough to succeed with France’s doctor appointment set-up online.

“When I am in ill-health and want to consult a doctor, I have to set the alarm in order to get up earlier than usual to phone for a doctor’s appointment. This is because I can only get the receptionist in a time slot between 10-11 am, and then only on certain days of the week.”

She said a recent bout of illness needed the doctor. When the appointment was eventually made and being well enough to drive to the doctor’s surgery, she said the doctor wanted her to have a blood test. “That means phoning to arrange for a nurse to call in at 7am  – another alarm clock setting,” Susan said.

Two blood tests and doctor’s appointments later, Susan was told she needed an “echo de la thyroid” (an ultrasound of my thyroid to confirm the doctor’s diagnosis that she has an underactive thyroid). Thus another phone call for an appointment.

“Thank goodness the doctor prescribed thyroid medication for me to take as soon as I get up every morning, because since taking them my energy levels have been building, which gives me the ‘get-up-and-go’ to attend to all these extra tasks!”

She said that was just a small example of the stress ill health caused. She said she’s not surprised that stress becomes part of a person’s ill health, especially if they live alone.

“One consolation,” Susan said, “is that if a person becomes so ill they can no longer think straight or look after themselves, then under the French medical care system someone will step in to arrange their ‘end of life’ care. Of course they’d have to register themselves in the system and, of course, pay their dues beforehand.”

If their personal pension or disability income had been below the poverty line, then they’d have had health insurance supplied by the government.

When it comes to dealing with the public health system or any government agency, I have a few tips to make the experience less demanding:

Have you ever had to deal with a government agency? What was the process like for you?