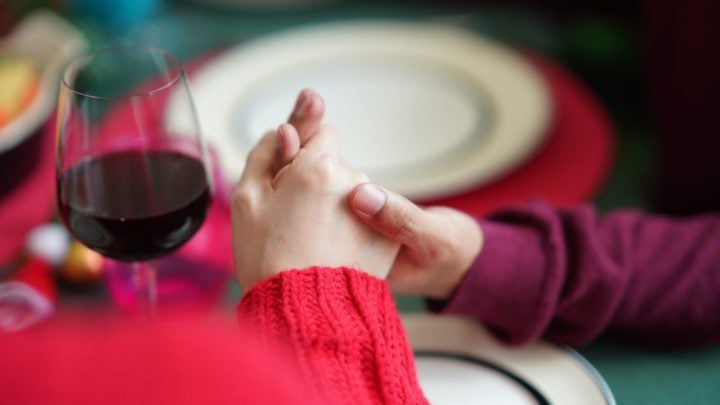 Linda writes about the blessings in her life. Source: Getty Images

My life began when I got married, he was my true soul mate. I was told I could not have children, so I made sure he knew that right from the start. He was not bothered, he said, “Well, we will have 20 dogs”.

When we married we both had good jobs and we bought a new house and started to make a home. I got sick and it was relentless, so I went to the doctor. He asked me if there was any possibility I could be pregnant. I said, “I can’t have children.”

The doctor was a family friend and he wanted to do a blood test ‘just in case’ because he needed to be certain no damage to a foetus would occur if he gave me a certain type of medication. I had the blood test in the morning and by 3pm that afternoon the doctor called me up and said, “Honey, those other doctors were wrong. You are pregnant.”

I was stunned, happy, sad and crying with overwhelming joy. The doctor asked me to come back in and he would give me different antibiotics that were baby safe.

There were no mobile phones in those days, so I had to wait for my husband to come home from work to inform him of the news. It was an anxious wait.

To say he was shocked was an understatement. We sat and hugged and cried. We had been married two years, but never thought a baby was going to be part of our life together.

We didn’t want to buy baby things because we didn’t want to jinx it, but when my eight-month check-up came round the doctor said if the baby is born today it will live, we decided we better get baby-ready.

Our beautiful daughter was born on December 5. She was our dream. She had blue eyes, dark hair and was perfect. Our love for her was so full in our chests. We never thought we could love another person so much. She was named after people in our lives who we loved unconditionally, so she was blessed with my grandmother’s name and my husband’s godmother’s name.

Our daughter was quite spoilt — as one might imagine. She was the only girl to have been born into either family in 20 years, so she was something special!

As she grew up she was a doll, her hair was a head full of curls and her eyes were beautiful blue.

However, she became ill at six weeks old, she caught whooping cough. She stopped breathing several times and we were in and out of hospital. The next horror was a milk allergy. We put her on soy milk, which in those days was not easy to get. We needed a government script to get it and it came in a tin. I’ll never forget the stink or the grey colour. We got so sick of people telling us we shouldn’t feed such a tiny baby with chocolate milk, and we had to go through the whole soy milk story.

We soon discovered baby number two was on his way, then came baby three and baby four … Boy, those doctors were wrong when they said I’d never have children!

We mightn’t have had 20 dogs, but we were blessed with four beautiful children — three boys and one girl.  Our children grew up together in a small country town and were lucky they had so much freedom. And as the only girl our daughter always got new things (there were no hand-me-downs), which her brothers often resented.

Our daughter recovered from her illnesses and thrived. She was incredibly smart and was even placed in the gifted program at school.

She now has five children of her own and is married to the man of her dreams, after divorcing the father of her eldest two sons – so in total we have the pure delight of five gorgeous grandchildren. We are so thankful she is happy and so grateful that in addition to the five grandchildren she has given us, there are four more blessings in our lives.

What are some of the things in your life you're grateful for?