‘Selling the bad stuff: Controversial advertising from our past’ 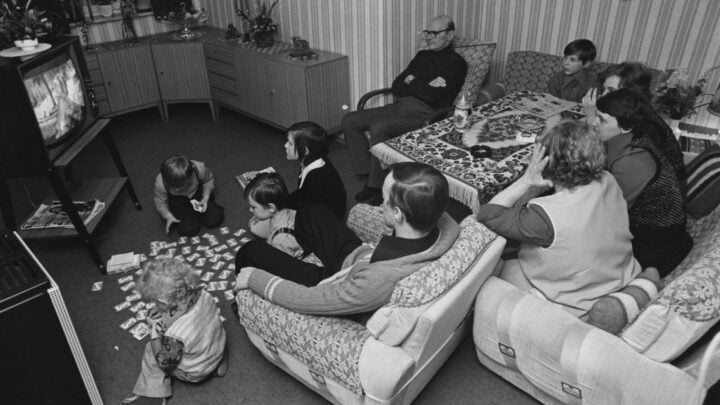 Who remembers some of these advertisements on the TV? Source: Getty Images

While I was knitting recently, my thoughts were meditating on the past again. I reflected on how much stuff we got sold by advertising on television. Personally, my sisters and I acquired sing-a-longs that sold consumer goods to viewers.

Some of it was really ‘badvertising’. We could ‘Light up a Viscount, a Viscount …’. It was a catchy tune, when cigarettes did not cost $50 a packet, or whatever the going rate is today for smokes these days.

Young chicks like I was then were told, “You’ve come a long way, baby!”

I, too, like other women of any age, could buy and smoke Virginia Slims, for real maturity. King size, for extra potential damage for our ageing lungs. (Gasp!)

Some time later, I did voluntary work at a public hospital kiosk, clad in my blue striped uniform. The most popular item I sold to nurses and doctors was … Cigarettes! Either Viscount, Marlboro, or Peter Jackson. Nurses were smokers too. Times change.

Such brand names all had sing-a-long badvertising campaigns, to sell us stuff.

The Corolla car ads were classics. The theme song was based on the song, ‘When I was 17, it was a very good year …’. The ad showed a young buck parking on a bushy, quiet road, with an attractive, teenage girl. In his new Corolla, they could go parking. Off with their denim jeans! It was a very good year for producing the next generation. The badadvertising continues, as we sang-a-long.

I must say, when we were 25, none us were driving in limousines. Now we have air-conditioned, power steering, and automatic transmission wheels. Those features would have been luxuries then.

Where I taught, the teachers’ car park was full of secondhand cars, in various states of decline. But they were reliable, only occasional flat batteries. “We’ve come a long way, baby!”. Too true.

Then we were sold thrifty, family size bottles of Coca-Cola, all full of sugar, as the now politically incorrect fizzy drinks of our youth. For lunch, we all sang-a-long to “Oh what lovely pies, me boys, a Four’n’Twenty Pie, lovely tasty pastry, boys, Oi!” Yum, full of trans-fat crusty pastry, tasty gristle in gravy. Carbs! Oi!

Maybe due to all that, one brilliant advertisement emerged in Australia. ‘Life. Be in it!’ This sold us to change to our currently healthier choices.

The main personality was Norm, the Australian ancestor of Homer Simpson. Food, sport, television, fat, beer! Was this the great Australian male? Feet up, staring at sport on television, clutching his beer.

“That’s a good ad,” remarked my old dad, sitting in his armchair in front of the television. Then he went to sleep.

“Well, he wasn’t that fat,” I think, being one of his chubby daughters, sitting in my armchair. “Thanks for working so hard.”

Recollecting on advertising, I keep knitting. I can imagine advertising meetings, planning ads for television, selling us stuff. They must have had clouds of cigarette smoke, with lemonade (or whisky, what brand?), with Abigail draped all over them. A lot of seniors once did the lemonade, the smokes, the cola, the pies, then the Life. Be in it.

Badvertising sold us stuff. Best go for a walk. (Gasp!)

What advertising do you remember that would be controversial today?