‘Retro radio recollections… And what will the future hold?’ 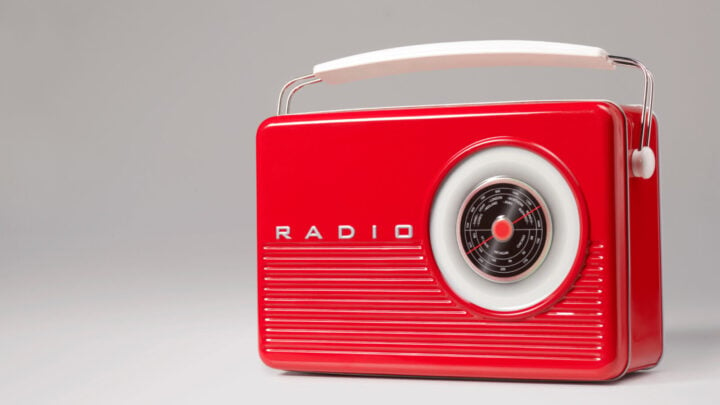 Turn it up! It's been a wild ride for radio since the 1960s. Source: Getty

Most [email protected] readers come from the era when radio was ‘king’ and offered music, plays, ‘live’ quiz shows and family entertainment. Then it quickly morphed into lots of ‘pop’ music: Elvis, The Beatles, The Rolling Stones, Eagles and more – including our very own Johnny O’Keefe! Remember those days?

But by early 1967, talkback radio – where listeners could call in ‘live’ and talk to the presenters one-on-one or express an opinion on the news of the day – had quickly became very, very popular and was starting to give music stations a run for their money. It began here in Australia on 6PR in Perth, then not long after on 2SM in Sydney and 3AW in Melbourne.

As an aside, did you realise ‘live’ talkback radio is not truly ‘live’? That’s right, it’s actually a delayed broadcast – albeit by seven to nine seconds or so. That’s just in case a caller says something rude, defamatory or swears inappropriately.

Having started work in radio in the late ’60s, one of my jobs was to cut and edit the nine-second audio-tape-based new-fangled ‘cartridges’ (basically big cassettes) that would be used for each show. We would feed the live studio and phone call audio to the recorder input, then nine seconds later it was replayed ‘live to air’. If something ‘bad’ was said, the announcer had nine seconds to stop the tape and therefore prevent whatever was said being broadcast. Pretty high-tech, eh!

As these tape loop cartridges had a limited lifespan, we were literally making them every day. Over time, digital delays took over. Talkback radio grew and grew as the novelty of the public being able to ‘have a say’ gained broader popularity. One of the biggest stars of the time, of course, was John Laws.

In 1979, the Buggles wrote and performed ‘Video Killed The Radio Star’, which became a worldwide hit. Interestingly, this was actually before Music Television (aka MTV) was launched on August 1, 1981 on American TV. MTV ‘honoured’ the song by making it the first hit video to be aired on their channel.

A lot changed for talkback radio in the 1980s. FM radio (basically high-quality stereo broadcasting) had been going in Australia since the mid to late ’70s, and music lovers soon realised how much better tunes sounded on stereo FM radio rather than AM (the then ‘voice quality’ offering). As a result, several new major FM radio offerings launched in the 1980s in all capital cities. I was part of one of those: FM-104 Brisbane.

But then something else happened. The internet was born in 1983. So what’s happened since then? Lots! Music in particular has morphed from being available on cassette tapes and VHS to Mini-Discs, CDs and DVDs, to being available via YouTube and other online on-demand services such as DAB (aka digital radio), which was rolled out across Australia from May 2009.

But what about talkback? Just like movie theatres were presumed to have been killed by television but actually continued on and even grew, talkback radio is still with us and is bigger and stronger than ever.

Of course, podcasts are the next new thing. Podcasts were named after the iPod and the word ‘broadcasts’, literally meaning broadcasting on an iPod. As technology advanced, many people were starting to use these small, portable devices to play the music they wanted to hear when they wanted to hear it, rather than just listening to the radio. But as you may know, podcasts are not just music, they can be talk, too.

With our very busy lifestyles these days, the routine of listening to our favourite radio station at a particular time of the day is not always feasible, so podcasts – whether music or talk – have stepped in and made things more convenient. Most talkback radio stations provide podcasts online now, to allow listeners to ‘listen at their leisure’ (also called ‘Catch Up’), or to hear something again. Given how easy it is to create a podcast, there are literally hundreds of thousands of them out there. And, just like radio, some of them are good and some are not so good.

Never listened to a podcast? Don’t worry! It’s just like listening to the radio but you can do it on your computer, laptop, iPad, tablet or mobile phone. Just ask the grandkids if you need help! Best of all, you can listen to it whenever you want, and you can stop or start it wherever you need. So go on, give it a try!

Have you listened to any podcasts? If so, which ones and what did you think?