‘My husband and I have finally achieved our retirement dream home’ 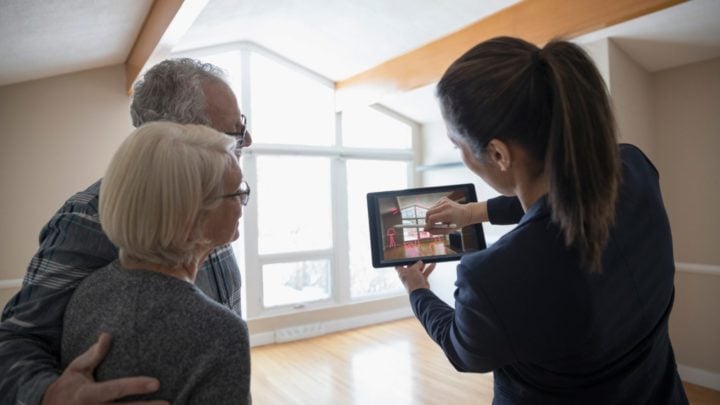 "I think the children thought we should downsize, but after many years of pleasing everyone else we thought about what we really wanted this time," Heather says. Source: Getty Images

Three years ago my husband and I knew it was time to make the next move in our lives and find a new place to call home. After living in the same house for the past 40 years, we felt the time was right to go. We raised our five children in that house; it held many memories for us but as the saying goes ‘time and tide waits for no man’.

We met with a real estate agent who took control of the sale of the house and put it on the market. It was sold very quickly. When the large ‘sold’ sticker was plastered over the front advertising sign, we snapped a photo and sent the children via email. They were surprised that their childhood home would be no more, but I also invited them to come and take any items that belonged to them and that they would like. The girls had taken their possesions long ago, so our son came and took the items he wanted.

Now my husband and I are starting to look for the next home. I’ve been surprised that so many real estate agents were not interested in us, maybe they thought we were a pair of old-timers. Some agents wanted to show us retirement villages, but if there’s one thing we knew, we wanted a house. We went further out to the new estates and saw cattle roaming around and foxes on the side of the road, there was even a beautiful eagle drinking from a puddle beside the highway. We kept driving further out. We came to a new suburb and my husband remarked how he used to come to the area in the 1960s to see sport. We drove around and saw a two-year-old house and bought it.

We live in an area renowned for motor racing and our street is named after a well-know racing identity. Sometimes when it’s quiet at night, I can hear the announcer saying ‘Gentlemen, start your engines’ and a roar from the cars and the crowd.

I think the children thought we should downsize, but after many years of pleasing everyone else we thought about what we really wanted this time. Yes, it’s big for two people, but we will worry about getting around the place all in time. I have my own room and place to set my computer up. There will be no one telling me what rubbish I was watching on television. My husband’s dream has come true!

Have you moved home or are you planning to move home in your retirement? Have you found your dream home?