‘Bobbos and jobbies: The weird names my Mum had for unmentionables’ 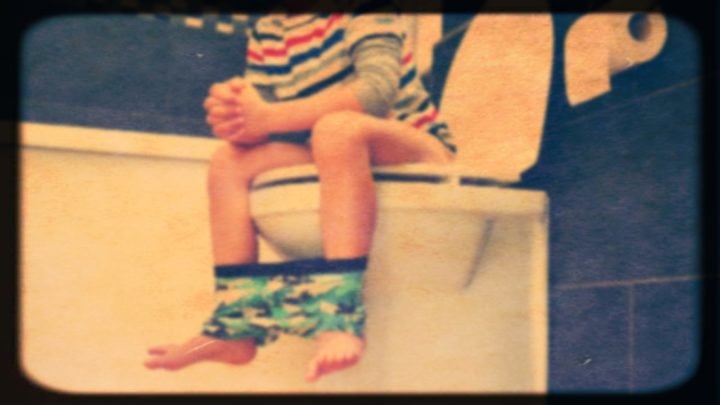 Brian's mum had some unusual words to describe things, including going to the toilet. Source: Getty Images

“BrunOHH, did you manage to do another jobbie?” my mum often called after a visit to the toilet! She was so concerned about gut health, even back in the 1950s before it became a ‘thing’ like it is today!

It never ceases to amaze me how my now sadly departed mum Lucy always spoke so eloquently day-to-day (as women from the 1920s often did), yet somehow when it came to family, she seemed to have a few ‘shortcuts’ … For example, Mum apparently insisted I was called Brian because she felt it was a name that couldn’t be shortened — like John (Jack), William (Bill) or Steven (Steve), you get the gist.

Why then did she spend most of my early years calling me Bruno?!

Of course my dad was ‘Wal’ or ‘WaltARR’, depending on the context. I’m sure you understand that, right?

When it came to talking with her children – me in in particular – my boy bits were often referred to as ‘Bobby’ or ‘Bobbo’ (with apologies to all the ‘Roberts’ out there!). But why? What was it about? Perhaps her rather straight upbringing post-war or the fact that calling a ‘spade a spade’ was just not on at the time?

Today it seems you can say pretty well anything to anyone and literally get away with it, especially online. Expletives are par for the course these days. In fact you can even hear primary school children saying things that would make a grown-up blush. My wife gives them the big ‘stare’, just as her mother did years ago. You simply do not say those sorts of things, especially at that age!

Sadly expletives can also often be heard on radio and seen on TV, in newspapers and in magazines — although often with a few letters replaced by ** or ##.

To be honest I’m not big on swearing, although I have been known to call a spade a spade at times. Swearing for the sake of it or because you don’t have the vocabulary to articulate what you mean to say is just not on for me. And yes, I do understand some people may not have had the upbringing or education to do otherwise, which is sad.

On Facebook, I see it all the time. If a post from anyone – friends in particular – has strong swear words in it I just move on, even if the post is very funny. I simply don’t like it or make a comment.

Anyway as I originally got tho thinking about words that were used in place of or as shortened forms of various ‘human things’, I’d be interested to know what your parents referred to in the day. Did it change the way you thought about things in general?

Did your family have an unusual word for a common body part? What was it?