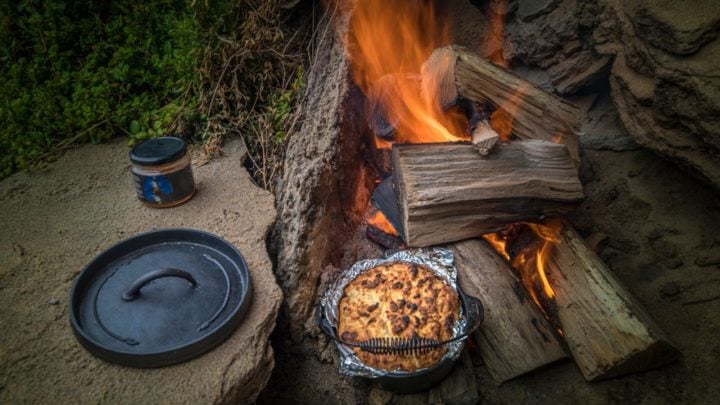 I grew up in a Sydney when quarter-acre blocks were the norm, and backyards included a vegetable garden, citrus tree, and either a Choko vine climbing across the chook shed or the outdoor toilet. If you were lucky you even had a mulberry tree, which meant you were set when it came to feeding the silkworms that lived in an old shirt box until they disappeared into their silk cocoons. There were trees to climb, tadpoles to catch and bonfires every May for Empire Day.

Our backyards were our playgrounds where we skipped rope, played elastics, jacks, marbles, hopscotch and french cricket. We built forts out of wood planks left by the builders, fell out of trees, and I was an ace with a cap gun when we played ‘Cowboys and Indians’.

In those days our barbecues were not shiny stainless steel contraptions worth more than a small car, and nor did we have a separate indoor/outdoor wing connected to the house with both cooking and washing facilities. Outdoor ceiling fans? In those days we didn’t even have indoor ceiling fans!

My earliest memories of outdoor cooking are the square fire pit constructed from left over house bricks, or a ring of rocks with a grate covering the hot coals.

Although that Sydney has long gone, my memories of meals cooked with the most basic of equipment down the back of the garden remain strong. Indeed, housebound and self-isolating I have taken to recreating some of those childhood feasts, which always included my dad’s damper.

Damper is an iconic Australian bread historically prepared by stockmen, drovers and swagmen as flour and salt could easily be carried. Just add water — literally. Damper could be cooked over the coals of a campfire or in a camp oven and was eaten with salted beef or lashings of Golden Syrup (also known as Cocky’s Delight).

According to the Australian Dictionary Centre the name was derived from ‘damping’ the fire, covering it with ashes. This preserved the red coals, ready to rekindle the fire the following morning. The damper was buried in the ashes to bake.

Damper has seen a revitalisation and gentrification of sorts. Each Australia Day, January 26, the traditional damper recipe is tweaked by thousands across the nation and now often includes ingredients such as goats cheese, chives, dried tomatoes, olives and spinach leaves, even pistachio nuts. These days the bread base can include baking soda, powdered milk and beer. No longer is the humble damper something simply to warm the belly and enjoy with a Billy Tea, but rather a culinary experience.

I prefer individual dampers cooked and served on a stick. This method was popular as they were just the right size to soak up the meat juices, baked beans or fried eggs when travelling the outback. They were hung off a string that went from one side of the fire to the other and cooked over the heat of the fire.

They’ve always been a success when I’ve cooked them, and there’s no need to wait until January to have a go!

What childhood recipes do you enjoy cooking?