Listening to music throughout the years 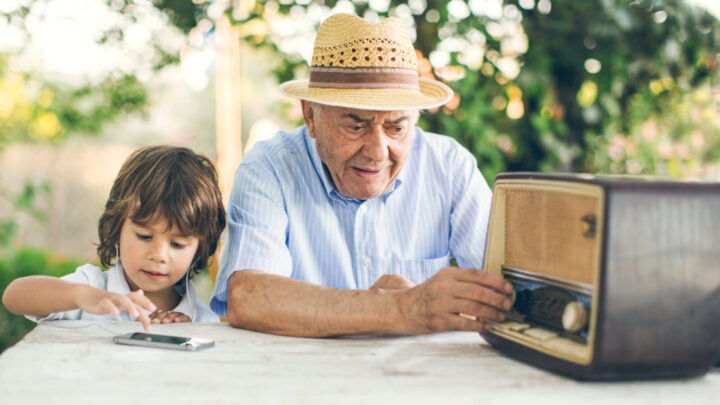 While listening to a favourite album on a streaming service the other day, I reflected on the virtual music smorgasbord I now have access to. I can think of almost any song or LP I used to listen to, type the title into the search box, and boom, there it is. It’s a long way from sitting around the radio hoping my favourite song will get played.

Going back to the sixties, my first chance to listen to a hit I liked was from Mum and Dad’s Bakelite shelf radio that sat in the kitchen next to the Tupperware flour, sugar, and salt canisters. Usually, it was set to a local pop station so you could hear Herman’s Hermits, The Beatles, or the Twilights belt out their latest hit. If you were feeling really adventurous, you could flip the band selector to short wave to hear something really exotic from distant lands overseas. Mention short wave to a millennial, and they may think you were referring to a 60s hairstyle.

My first personal radio was a crystal radio set. This primitive but amazing radio required a long aerial to work, so I had a length of copper wire strung along the side of the house with an offshoot into each window so I could listen in any room. Though not very powerful, with only enough signal strength to power a single earpiece, I still marvel at its ability to work without mains or battery power. My next birthday saw an upgrade to a Source. This was about the size of a pack of cigarettes and had the advantage of being fully portable; no 20-metre copper wire antenna was required. I’d have it attached to my belt or even the handlebars of my bike. Its tinny sound didn’t deter me, nor did the complaints of anyone within earshot of my newfound musical freedom.

We didn’t have a record player until the late 1960s when my sister was given one for Christmas. This was a great step forward in my musical freedom, but the trouble was, as a pre-teen, my limited finances meant the records I wanted to listen to were in short supply. I mean, my sister’s Young Talent Time record was quite poppy, but it wasn’t Abbey Road. Even at a young age, I’d hang around the record shop listening booths (remember them?) to get a free listen, but the store owners soon twigged that they weren’t going to make a sale, so they began to give me the old stink eye.

Another now-defunct source of free music was the local public telephone box. The Post Master General pre-Telstra was responsible for telephones, and for a while, there was an abundance of dial-up recorded message services (Dial the time, weather, prayer, and even race tips). One of these was Dial-a-Hit which could be accessed for free from a public telephone. There was a new song each week, so it was not unusual for kids to queue up outside the phone box to listen to the latest hit. That was until a paying customer who had the cheek to want to use the phone to make a paid telephone call came along and spoiled the fun by staring you daggers until you got out of the phone booth.

Sometime later, we acquired a reel-to-reel tape recorder. This piece of high-tech meant that I could tape selected songs from the radio. This was achieved by hovering around the radio and frantically clicking the record button when I heard the first couple of notes of a hit that I wanted to record and listen to at my leisure. There were the occasional barking dogs, kettle whistles, and door knocks on the recordings, but overall the system worked.

In my teens, after getting a part-time job, my personal record collection started to look half-decent. I beefed up my collection a bit by buying some K-Tel compilations; 20 Dynamic Hits and 20 Explosive Hits, for example. These were okay, but some of the songs seemed to be missing the odd verse. No doubt necessary to squeeze those twenty hits onto one LP. But still, I wanted more. My short-term solution was to save up for a cassette recorder, borrow records from friends and the local library, and tape them. Probably not quite legal, but later I did end up replacing my bootlegged tapes by buying the actual LPs, and I was supporting the blank cassette industry. When I saved some of my pocket money to buy a $6 set of headphones to replace the transistor radio earpiece I’d been using for personal listening, I was in stereo heaven.

I stuck by my record collection well after the introduction of CDs in the early 80s, as I baulked at the financial cost of replacing my then quite extensive record collection with its CD equivalents. I finally gave in and bought a CD player in 1990 and began getting the CD versions of my favourite records. The musical clarity of the CDs was, of course, wonderful, but the tiny little versions of the classic album covers were unimpressive. Anyone who has opened up Goodbye Yellow Brick Road or the triple record album Yessongs, whose cover unfolds out to over a metre, knows what I’m talking about. The covers were an event in themselves. By the mid-90s, I had a lot of duplicates, so I trundled a large part of my collection off to a second-hand record shop to sell them for two dollars an LP. The belt drives for my old turntable were getting hard to replace, and turntables themselves were becoming a rarity except for the $1000 plus audiophile versions. In between CDs and streaming, downloading MP3s and iPods became a thing, but they too have already become old hat.

Fast forward to now, and records have made a comeback, with some new groups even putting their latest musical offerings on cassette. I think part of this resurgence of vinyl is that records offer you something concrete you can hang on to and own. Something you can spread out on your living room floor or drool over at a record bar. The current streaming bonanza is great, but you sort of miss the anticipation of waiting for a new record to appear at the local record shop. Sometimes I would be such a desperado that I’d hang around the record shop just before closing as the shop assistant was stacking the record bins with a new release in anticipation of the crowds that would come in the next day, and with a bit of smooth-talking, they’d let you buy it a day early. At other times, my Saturday morning would consist of a two-hour bus trip into the city just to buy a new Pink Floyd or Led Zeppelin album. On the return trip home, you would nurse your new album lovingly, poring over the details on the cover and wondering what musical thrills were embedded in the grooves. Taylor Swift “dropping” a new album instantly on your smartphone doesn’t have quite the same adventurous feel.

What do you think? What was your musical listening journey like?