‘I’ve had a gutful: Why are pensioners treated like second-class citizens?’ 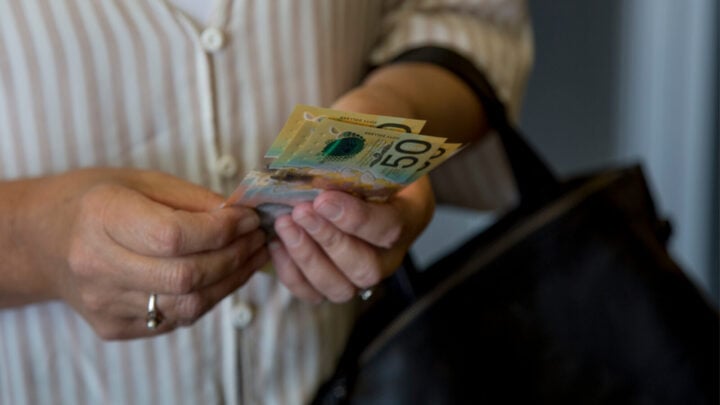 Fran discusses the difficulty of living on the pension. Source: Getty

I can’t remember the last time I took myself out for a meal or had cake in a cafe. Going to the movies is a thing of the past and even a leisurely drive almost never happens. No, it’s not Covid-19 stopping me. I live in Tassie and, luckier than many, we have been able to do a lot more than other states to prevent the spread of the virus, much earlier than most. My problem is money.

I remember my Nan telling me when I was young that money was the root of all evil. I’m inclined to agree now. I could not believe it when the Government announced the Age Pension was not going to rise, even the tiny amount it had before, in September. While my pension payment increased by $9.70 per fortnight back in March, my rent had gone up $10 per week just before Covid-19 struck.

Now the government says we don’t need a rise because inflation has gone backwards. As if the cost of living has remained stagnant and we don’t still have bills to pay and food to put on the table.

We’ve had to stay home, so power bills have gone up. Before anyone mentions it, I did use the money I got from government to get ahead with my power bills. I also used some to stock up on items like toiletries, cleaners and non-perishables. The thing is, all those things seem to have risen in price, so your dollar doesn’t seem to stretch as far at the check out.

I usually struggle to get a full year’s car registration and never have money for a service on my car. I no longer buy a lot of fresh veggies, although they say they are better for you. Frozen is the go with me, cheaper and no wastage. Fresh are way too expensive.

While I was and am grateful for any extra funds us unworthy pensioners get, less than $20 a year was insult enough, but less than $10.00? I never imagined I would be living the way I do at my age, but who can tell what life is going to throw at you, right? How humiliating to be made to feel so unworthy of a few dollars.

I often wonder what it is that Prime Minister Scott Morrison is always smiling about. Perhaps it’s because he can afford fresh veggies.

Do you think pensioners deserve a raise?