Gotcha! Caught in the act 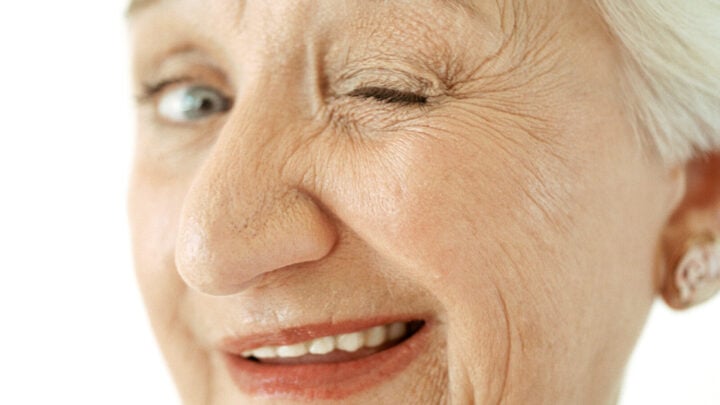 This blogger caught her mother-in-law in a cheeky lie. Source: Getty

“She just sits there all day, and doesn’t do anything for herself,” Erika complained to me.

“What do you want? She’s 93. I’ll turn on a game show. At least that will distract her for a while.”

We were both frustrated as we went about our caregiving tasks, waiting on Dorothy, who had undergone a stroke. Over the past few years, she had gradually gone downhill.

It was very hard to get her to do much of anything, except watch television, eat, and sleep. We had to help her get up from her chair, feed her, and assist her with showering. She didn’t do anything except say “please” and “thank you.” If we could crap and piss for her, she’d probably like that as well. Things were tense.

Since Covid, things have gotten worse. Both of us were testy with one another, and we had been fighting more. It wasn’t just Dorothy, paranoia was setting in as well. It didn’t help that some thefts had taken place in our neighbourhood.

A nozzle went missing from our hose. We’d heard stories about Amazon packages being ripped off, and sometimes our groceries were delivered to the wrong address.

“Do you think we should get a Ring Doorbell?” I’m a bit paranoid by nature, and I wanted to ensure our safety.

“Naw, we live in a gated community, what do we need that for?“

“I don’t know, the nozzle, the groceries, what’s next? We’ve been travelling more, and I would just feel better if we had one.”

That was Erika’s dismissal line because the subject was dropped for a while until it surfaced again a couple of months later when we heard about another neighbour’s package that had gone missing.

“I think we should get the Ring. Besides, I’d feel better when we have to leave Dorothy alone. She could fall. I would just like to know that she’s OK,” I suggested.

“Yeah, you’re right, God forbid something happens while we’re at the market, or out to dinner. I know she doesn’t like to get up on her own very much but occasionally she likes to rummage through the pantry.”

The following week we had it installed. We put the cameras in the front of the house, the living room, the kitchen, the patio, and her bedroom.

“That should cover it.” Erika seemed satisfied with the installation. We were both relieved and slept well that night.

“Dorothy, we’re going to the store, but will be back in a little bit,” Erika announced the following morning.

Her mother’s face remained glued to “Let’s Make a Deal.”

We closed the door behind us and headed to the store. A few minutes later, we got a chime on our phones.

“Take a look at this!“ Erika showed me her phone.

Erika‘s mom was up and walking around without any noticeable afflictions related to having a stroke. She got up and went into the kitchen, got herself a glass of water, washed it, and put the glass in the dish rack. She opened the refrigerator and grabbed herself a piece of cheese.

A few minutes later she was fiddling with the television trying to find something that was of interest to her. We saw her jumping from the news, a documentary on Benny Goodman, and a crime show.

She then opened the patio door and sauntered outside to look around the yard. She did a few stretches and bent over to smell some flowers.

I saw her glance at the clock, assessing that we would probably be home soon, so she returned inside and plopped down in her chair, resuming the catatonic posture that she had when we left.

When we came in, she was infirm again, acting like she was still an invalid. We knew differently now.

She’s been faking it all along.