‘There is nothing for current pensioners in any political policies’ 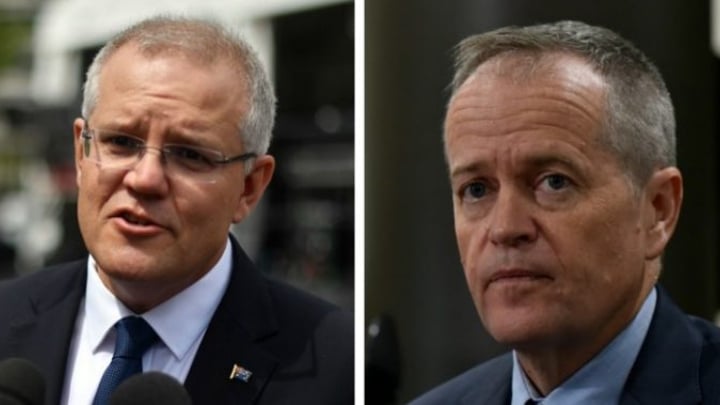 I recently read an article by this media outlet that prides itself on the support it gives to over-60s and retirees. One of the many articles it wrote about the forthcoming election was on the subject of the leading parties’ policies in relation to pensioners and retirees. It was quite a surprise as I’d been looking for such an article in the six weeks leading up to the election. However, like most media outlets I find the wording of the story incorrect and it demonstrates a complete lack of understanding for what a pensioner or retiree actually is.

Read more: From dental care to the pension: What each party has promised older Australians

At the commencement of the article, the intention was made: ‘Here are the election policies directed at pensioners and retirees’. It then offered a precis of policies of the main parties.

The Coalition only refers to changes for people who will be retiring in the future. The changes centre around superannuation payments, which in any case will not be of any use to 80 per cent of future retirees.

In summary the Coalition intends to do nothing to help or assist people currently retired whatever their circumstances. They are prepared to allow the high percentage of current retired people to live below the poverty line.

The Labor Party really does no better. Their policy allows current pensioners and retirees to claim for certain dental procedures to a value of $1,000 over any given two-year period. Wow! This was an after thought and without going into the ins and out, looks far better than it really is. The cost to the budget is peanuts in real terms, about $4 billion.

Labor’s policy to take away franking credits; in my opinion this is fair and well overdue. Paying a tax refund to anyone who does not pay tax is wrong, it just does not make sense. It is not a ‘retiree tax’ as the Coalition would want you to believe. I feel it is good policy that affects only about 4 per cent of current retirees who are self-funded and do not receive a pension or part pension and their assets are, bluntly, high. The policy will recover about $6 billion, $2 billion more than the dental allowance so you can see why the dental policy was easy to implement. Do not be fooled the dental policy gives current pensioners nothing.

It is only right that money in superannuation, paid into a fund by the employer, not employee remember, should be used during retirement to live on and not kept purely to produce dividends or interest. As you age the asset should reduce, i.e., not stay the same for when you die. It is not meant to be for inheritance purposes, it is meant to be spent to supplement the pension or if above the pension limit, to fund retirement.

Labor’s cancer policy is not a pensioner policy. It is a good policy for everyone, which again in my opinion is well overdue, as is payment for many other illnesses. Do not be conned into thinking it is for the benefit of current pensioner or retirees.

Mention to One Nation and United Australia Party in the article I read. I don’t feel either party is worth debating; their policies will have little or no effect on the running of the country. To be fair both parties have said the pension needs to be increased. Let’s face it they can say anything they like though, they have no sway and a vote for them is a wasted vote. Having said that, there is a good argument for the pension to be increased and by a substantial amount.

I say it again, there is nothing to be gained for current pensioners or current retirees from the policies of the main parties. There are no such policies on the table this time round for this election, just about the same as the last election. Australian politicians seem to have forgotten about the elderly, which seems right as they do not know what a pensioner is. A country can be judged by how its old folks are treated and Australia in recent decades falls well short of the mark.

This election gives me little confidence that things will get better for all Australians and the choice is, once again, hard.

Have you made up your mind about who to vote for? What are your thoughts on what this reader has to say?

Do you have a Letter to the Editor? We want to publish it. Submit your letters here . Stories written by over-60s go into the draw for some great weekly prizes. You can also join the Starts at 60 Bloggers Club on Facebook to talk to other writers in the Starts at 60 community and learn more about how to write for Starts at 60.