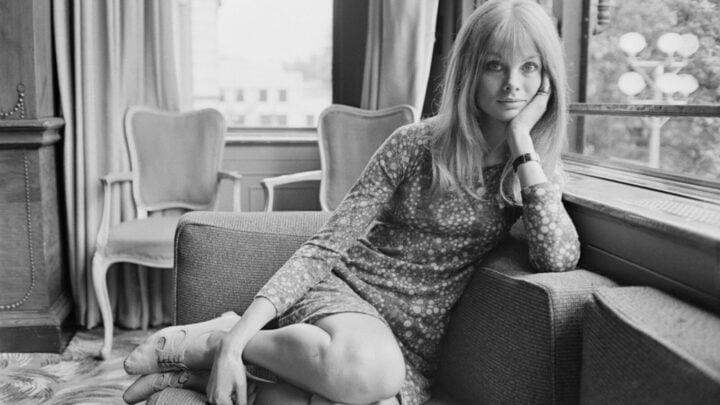 What was ‘The Look’ that once shocked our parents and society in general? It was from another century, now gone forever. But we still have memories of the Swinging Sixties, when young women had The Look! It was all mini-skirts and white Go-Go boots – if your mother let you wear them. My mum thought Go-Go boots made girls look “common”, so our couture did not include them.

Mini-skirts turned the heads of males of any age, as nubile teens paraded their fetching thighs in front of everyone. We can all recall the fuss when Jean Shrimpton, an English supermodel, appeared at Melbourne’s Derby Day in 1965. Miss Shrimpton wore a white shift mini-dress, slightly above knee level. Quite modest, really, but the glitterati and paparazzi were horrified.

To complete The Look, there was the hair. The style was largely bouffant, backcombed to add height and bulk. I can still remember my mum telling my big sister that she would go bald if she kept backcombing her hair. It was, indeed, a strange habit, giving yourself a tangled mat of hair, held in place by the ever-present hairspray – used by young and mature women alike. Ah, the aroma of VO5!

Following the scandal of mini-skirts, there were micro-minis. These barely covered a girl’s anything and were very fashionable for a while. The Look did alter in a short space of time. More horror for the older generations in the Sixties.

We all secretly admired the hippies and their culture. Tie-dye T-shirts and bell-bottomed jeans were very cool. These were also very comfortable after a few washes, worn with sandals or boots.

To complete this ensemble, long straight hair for chicks and dudes was very popular. When my mum left the building, my younger sister would attempt to iron her naturally wavy hair. She wanted long, straight hair, like mine. You know what sisters are like. Yes, she would stand there, hunched over mum’s ironing board, pressing her hair.

I suppose all that effort is now worth a chuckle. Younger sister still has wavy hair, my big sister still has not gone bald from all that backcombing to make her bouffant hair-do. So far, so good. It all seemed so important back then to be seen wearing The Look!

Which fashion item or hairstyle was your favourite in the Sixties?