‘Emotional lifesavers: Furry and feathered friends have me feeling more happy with life’ 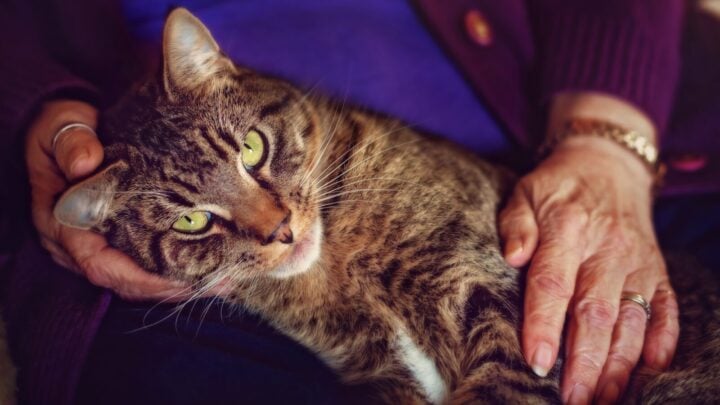 Caring for a cat, bird or other pet can help ease loneliness, relieve depression and anxiety, lower stress and improve your health. Source: Getty Images

It started with ‘Simpson’, a bright orange canary. One day, the bottom of his cage fell off and he ‘flew the coop’. Then came ‘Charlie’, a yellow canary, he escaped too. ‘Jack’ soon followed. He is a blue male budgerigar (who is still with me). A neighbour gave me ‘Jill’, a yellow female friend for Jack. She escaped via the main door to the cage that I had failed to secure. My bad! So, I got ‘Jill Mach II’. She and Jack are getting on famously, displaying all the signs of courtship, so a nesting box has been placed in their cage for when they ‘get it on’ and Jill lays eggs. If that happens, I’m going to have to get a bigger cage!

Throughout this period, in August 2020, ‘Penguin’ came into my life. He is a rescue cat who had a less than auspicious start to his then four years. When he came to me, he was so uncertain about his future, not knowing if this would be his ‘forever’ home.

The first six months were arduous, for me, at least. He would bite me for no apparent reason (the first bite resulted in a week of antibiotics and a tetanus booster). He didn’t like to be picked up, showed little affection, and I seriously considered sending him back from whence he came. Fifteen months down the track, he’s my main man.

My youngest grandson, Joey, almost two, adores Penguin, and strangely enough Penguin quietly tolerates Joey’s affection. Recently, I thought about getting a kitten for Joey for Christmas (checking with his parents, of course). Due to pending renovations, they felt now wasn’t the right time.

I continued to look at the Animal Welfare League Queensland’s website and I found ‘Smee’, a female cat, the same age as Penguin. Her previous owners had surrendered her to the centre. You guessed it! I brought Smee home with me.

She’s a very affectionate, black and greyish tabby, very similar to the first cat I’d ever owned when I was living in Wellington, New Zealand. (‘PC’ was a stray that turned up at our backdoor, clearly starving, so we fed her, took her to the vet and she was also pregnant. The kittens unfortunately had to be aborted, but PC remained with us until 1981 when I came back to Brisbane with my then-husband and two children. She went to live with my in-laws in Picton.)

You understand, I never intended to get another cat. Yet, I have no regrets.

These furry and feathered companions add so much to my life in many ways. Human companionship is in short supply these days. I have mobility issues and don’t have a car, so, getting out and about is difficult. I have a mobility scooter and that gets me around the complex I live in, but it doesn’t go very far, or very fast.

This menagerie give me a reason to get out of bed when, on some mornings, I’d like to linger. They give me purpose, comfort, and an ear to listen when no humans are around to talk to.

Do you have a pet? Tell us about them.