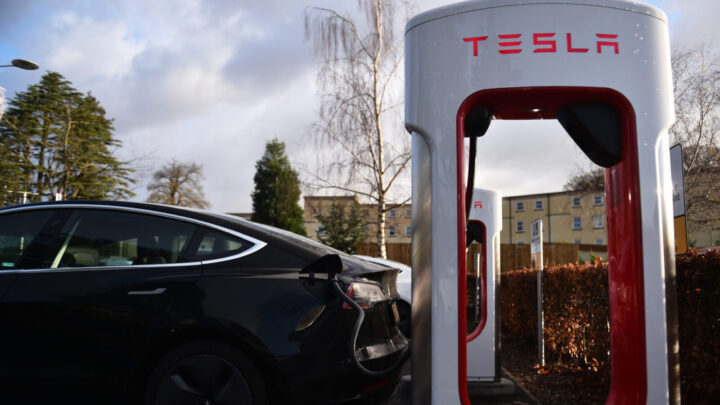 What do you think: electric vehicles - good, bad or ugly? Source: Getty

Huh! What’s the difference? Well, let’s say you start on this idea with a noble cause. That’s always a good place to start, unless you’re a total cuckoo, in which place keep the idea to yourself and pour another glass of chardonnay.

I digress, greatly reducing the amounts of pollution in the atmosphere sounds pretty good for adorning slogans and banners. Now my little offering here is not written from a position of siding one way or the other with whether certain gasses are going to ruin creation or not. It’s an attempt to bring into play the oldest oxymoron in the language, Common Sense and its application to decisions that will cost us and our kids and their kids an absolute fortune.

Now on this financial matter, if your kids are like mine money doesn’t matter  – “Oh Dad all you ever think about is money!” – they have none but they live as if they have. El Supremo and I will croak one day so they’ll have money then – or so they think. I’d love to be a fly on the wall when the day comes, little do they know! Seriously, the climate alarmists are telling us that in X years it will be all over; but just in case their sums are maybe wrong, let’s keep a few quid in the jam jar.

Okay, so the idea of propelling a vehicle using electrical power has been resurrected – it ain’t new. The first vehicle to exceed 100 kilometres per hour was a ‘sparkie’. But the methodology was deemed inferior when lightweight internal combustion engines were introduced. But now with 300 squillion vehicles in operation and hopefully ‘green’ electricity being made, it’s maybe time to revisit the idea.

So, crusaders where do we start our campaign? Well, sensibly, we should shoot our darts at the worst offenders right? Which common use vehicles are numerous, run their motors for the longest time each day and operate within city and town environs where the pollution is worst. Would that be passenger cars – No. Would it be delivery vans, light trucks, service vehicles, taxis, ambulances etc – well yes. So we now know where to lay our traps to catch the offenders.

But this is now where ‘common sense’ falls into an oft experienced situation – politics gets involved.

Spoiler alert here: I believe that anyone putting something ‘out there’ should declare a vested interest, be it financial or ideological. I know that politicians, mainstream media and news broadcasters gave up on this long ago but humour me, I’m old fashioned. I have to declare that I’m in concert with Napoleon who wrote long ago “In politics stupidity is not a handicap”.

So, given the above, we now have a situation where untold billions are being poured into subsidising the wrong idea. Government credits have enabled a maker of very fast sports sedans to become the richest car maker in the world. Not that he made the most cars, far from it. The profits were derived from being able to sell those credits to other carmakers who only made ‘ordinary cars’.

There are heaps more to this guys but I’m only allowed so many words so if you want more you’ll have to ask my editor.

What do you think: electric vehicles - good, bad or ugly?