‘Challenging authority: Why have we stopped asking why?’ 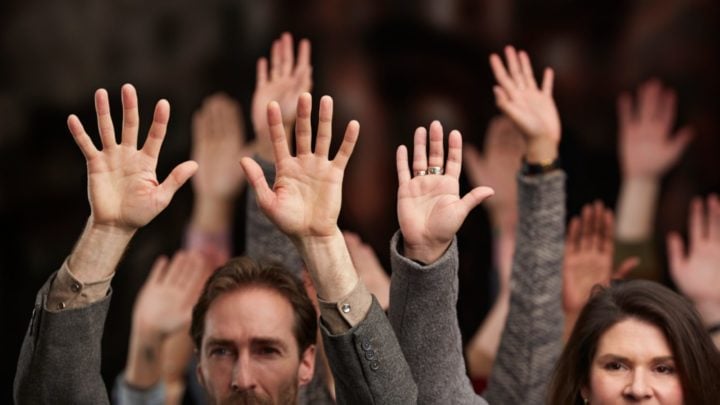 Rod wonders why we're not asking more 'why?' questions of those in positions of authority. Source: Getty Images

Not, why did you ask such a stupid question, but the word ‘why’ itself, as your answer. That’s because I don’t think I have heard the word used in any interrogatory sense for years and yet its very absence from the normal avenues of communication among ourselves is a major worry.

I think we can all remember the annoying kid of our childhoods, the one who always whined “Why?” whenever a parental or teacher instruction was not to their liking. I, for one, can always remember my mother’s abrupt response whenever I had the temerity to query one of her commandments: “Because I told you to.” No room for second opinions there.

Nowadays, I suppose, the blow would be a little more softened, with the irritated parent sending the child off to its room to play an XBox or to watch Netflix or whatever, rather than explain what was the reason for an order that so mystified the child.

Some time ago, I was giving a lecture to adult education students on writing for newspapers and magazines and drew a clear distinction between news articles and feature articles. Noting that my audience were not journalism professionals but had clearly been educated to a reasonable level, I pointed out that media articles were exactly the reverse of high school or university essays, which are based on a threshold question that requires a systematic investigation leading to a well-argued conclusion.

“Journos actually start at the end,” I remember explaining, “by first reporting what happened, who did it, then where and when and how it occurred. That’s the essence of a news article. The essence of a feature article is to determine, in addition, why it happened.” (Not surprisingly, few feature articles are written these days.)

That’s what we’ve lost — the right to ask ‘why?’ whenever someone, especially in authority, says that something or other, no matter how outrageous, must happen. And you are going to like it or lump it, which seems to be the implied subtext. But when the inevitable boo-boo occurs, we get the same response — nothing to see here. The usual conversation stopper, that is.

I can think of no better example in the public domain than Canberra’s decision in October 2014 to extend our commitment to the dodgy Iraq war by sending RAAF aircraft to the swamp of Syria, in the name of fighting with ‘bad guys’ against ‘worse guys’. When the whole mess went belly-up, there was no explanation, certainly no mea culpa, just silence. When a ‘why?’ asked before we were embroiled, followed by an honest response, might have cautioned wiser heads in the government.

At least during the Vietnam War, when people did ask ‘why are we putting our own sons’ lives at risk?’, we were given some sort of answer, about paying our insurance premium to the Americans, pretty flimsy though it might have been. But since then, no one has been game to ask ‘why?’ of those who claim to be our representatives; not our tyrannical rulers.

If it didn’t matter, I wouldn’t bother, but I think there have been serious consequences from our failure to assert ourselves with those who presume to lead us. What I can see plainly is that, publicly, we have become much more timid in recent times in dealing with authority figures, despite always having had a perfect right to question them. By being more compliant, we have, sadly, become more malleable. The recent Covid-19 lockdown offered plenty of examples of weak-kneed compliance amid heavy-handed policing in the so-called monitoring of that lockdown.

In my own town, some people saw an elderly lady (with a walking stick) harassed by police to move on from a public bench when utterly exhausted from her outdoor exercise which she knew, and they knew, she was fully entitled to take. But no one asked, politely, of the cops, ‘why are you doing this?’

Everyone who saw that incident might have muttered some indignation, but they all looked away. And why? Because when this self-isolating exercise procedure was announced, no one had dared ask why not some discretion should things go wrong, like when vulnerable people, inevitably, run out of puff.

It is not just that we, the so-called sovereign people, end up being harassed by those employed to serve us, but I would also argue that the real end result is that the quality of decision-making in our public domain, actually deteriorates to the level of expediency and mediocrity if nobody is encouraged to call it out.

Two hundred years ago, there used to be a very smart fellow named Georg Wilhelm Friedrich Hegel, a German philosopher who formulated a definition of progress: Thesis, antithesis, synthesis, he argued. In other words, an established idea, notion or action, is challenged by an alternative notion, and out of that dynamic contest of ideas, an even better outcome can be found.

Even in our personal lives, the same applies: when one opinion is challenged or queried by another, there is a better chance of finding a synthesis that leads to better relationships all round. Even in family households. Imagine the unthinkable, that if that parent, instead of saying “Go to your room at once” to the Why-whingeing child, had paused to give a respectful explanation, might the two of them have had a subsequent relationship that could survive the stresses of adolescence. Instead of sullen silence, based on fear. It used to be called ‘give and take’.

So, why not ‘why?’ Is it a gradual, debilitating fear of authority that has crept up on us over the past generation? Perhaps. Everyone will have their own ideas, I’m, sure, but from my perspective, I believe the truth can be found in another morsel from our childhoods, that little maxim, “In the land of the blind, the one-eyed man is king”. Update it to, “In the land of the timid, the bully is king”, and I think you’re getting nearer the truth.

Which is that the present situation, where no one dares ask and no one need explain, works beautifully for some people.

Do you feel we need to be asking 'why?' more and expecting a reasonable answer? Where are such questions required?