‘Back then, nobody had heard of depression’ 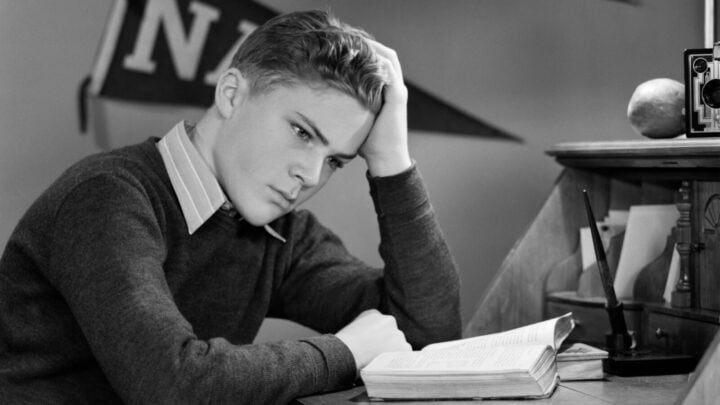 Moving back in time, and not a to a good time, women’s troubles were all lumped together. What we know now as postpartum depression was referred to as “poor Doris, not doing well after the new baby,” with whispered words, “women’s troubles you know.”

No, they didn’t know. I’m quite sure nothing was ever done to help poor Doris and women like her. Those women just had to deal with it. The new baby was passed around like a parcel until Doris smiled again. Other ladies were known to call it “taking to the bottle.”

However, this was not just a woman’s prerogative. My Dad was such a sad man. Outside of the house, he could charm the birds out of the trees. At home, he was a taciturn man reading the paper and drinking cup after cup of tea.

As an only child, I learned to get up, look at dad, then say a careful hello. His answer, or more likely not an answer, told me to either sit down or go away.

Dad was an ex-soldier. Mum said his silence was just bad memories from the war. His sister, my aunt, was identical in manner, with I think a touch of something resembling OCD. I loved her sparkling house but I couldn’t live in it.

Finally the younger brother, dad and aunt had no idea that he was suffering from schizophrenia. I never knew why he disappeared, at just 14 you’re not told that your uncle took his own life.

This curse I passed to my only son. From a happy boy, he became quiet and unresponsive, we couldn’t understand it. Today I would know the symptoms, all he wanted to do was sleep.

Eventually, he was diagnosed with schizophrenia and passed three days later. If only we had known.

Many years earlier I remember getting the children off to school sitting and crying and feeling so guilty at the depth of sadness I felt, in a life that was so good.

My refuge was my bed. My family saw the happy me, the grumpy me – but rarely the person existing in a grey world.

A friend has bipolar. I asked quietly, “do you want to talk?”

“No,” was the firm reply. Just five minutes later the flood gates opened. A great result came from this. They are now living a life that is much happier, under care.

So many people now understand disorders of the brain; depression, bipolar, schizophrenia. I can only ask people to please speak up if you can help, don’t be like me saying: