‘Racism! What it’s like to experience anti-Asian hate amid coronavirus’ 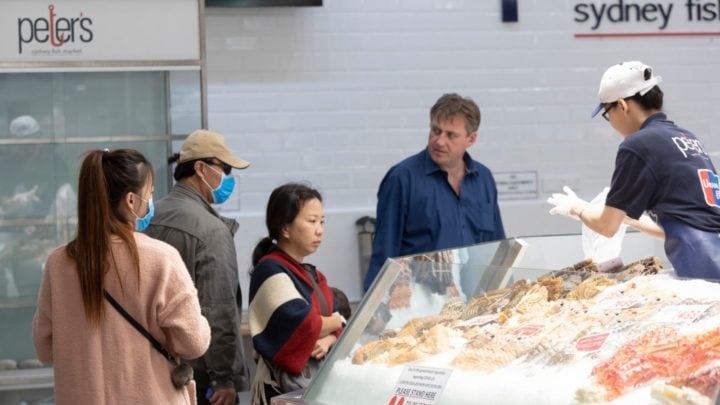 I read with some sadness, but enduring acceptance, a comment by a community member in the Starts at 60 forum recently that said “get rid of the Chinese”. It was written in response to an article detailing the current Covid-19 crisis. Let me make it clear I am fashionably bi-racial, my ancestors both English and Chinese have been in Australia since the 1870s, so whilst not convict-descended, I have a long historical footprint in this country.

For as long as the Chinese have been in Australia they have been regarded as ‘other’ and demonised. Lucy, my English great-grandmother took pen to paper to write a letter to the editor when some kind community-minded woman started to spread rumours that Lucy’s hotel, which she owned with my great-grandfather, was riddled with smallpox simply because he was Chinese.

Recently I was subjected to two unprovoked incidents of racism. The first a Caucasian woman attired in track pants swore at me when I bent down to select some meat at Coles. We had not exchanged words or had any interaction, it simply appeared to her that I should not have been shopping whilst appearing Eurasian. I walked away to avoid further abuse, but why should I have suffered her abuse in the first place?

When I recount that incident to Australian Caucasians they say “best to walk away” or “just ignore it”. Almost all white Australians can say that from the privileged comfort of having never experienced being treated as the ‘other’.

My children whose faces are somewhat less-Eurasian than mine are appalled by it, but they also witnessed Australian strangers shaking my hand during the Sydney Olympics in 2000 welcoming me to Australia. Australians unable to comprehend I was born here and speak only English.

The second incident occurred when I was trying to save a goanna from being run over in a National Park. The goanna had hidden under the minibus full of people on a day trip from a retirement village. When I ran over waving at the driver to stop, pointing to the goanna underneath his bus, he wound up the window and refused to wind it down so I couldn’t explain. The mime that ensued secured understanding but it would have been much easier if he had just allowed me to speak to him from 1.5 metres away. I just wanted to say, “Mate, just wind down the window so you can hear me.”

These incidents are disappointing and fuelled by comments like that of the community-minded woman who made the comment referred to above. After all it’s just her opinion, right?

These incidents are not common, but they are annoying, insulting and, yes, they are racist. Such comments, I’ve noticed, are on the rise in the wake of coronavirus and every time there’s an ‘Asian moment’ I cop it from strangers — think Vietnam refugees in the 1970s, Pauline Hanson’s speech in the 1990s. Did you see the Open Letter penned by prominent Australians of Chinese descent published in response to abuse Chinese Australians are copping in everyday life?

For the record I have worked in the Australian government for more than a decade in major government departments, my grandfather was on the board of a major metropolitan hospital, my father was a war veteran and the recipient of an Order of Australia, my cousin – true to stereotype – was a vascular surgeon, my uncle was a mathematics professor and has both a building and a scholarship named after him at the university he worked at for decades.

Next time you’re in need of medical care have a look at those faces in the hospital. Do you think we should have rid Australia of such citizens as Dr Victor Chang, Dr John Yu (1996 Australian of the Year), Dr Charlie Teo or Dr Cindy Pang?

In the 21st century has Australia not moved on? The ‘othering’ of Chinese people began in the 19th century in white settler nations such as Australia and the United States that mindset remains firmly embedded in contemporary discourse its use, while inevitable, remains disappointing and divisive. History can sometimes seem a battle against the forces of misconceptions and narrowness of view highlighted in the comment made by this community member.

I wish peace be upon you (Surprise! I had a Christian upbringing and my family boasts two nuns and a monk), but the next time you make a comment that incites racism try a little deeper thought and just remember you affect real people, like me.