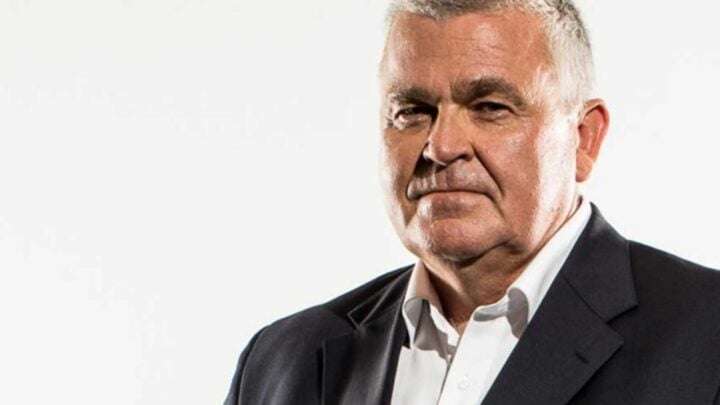 Growden was known for being one of only two journalists in the world to cover every Rugby World Cup since 1987. Both national and international sporting communities were rocked by the loss of the rugby giant who served as the Sydney Morning Herald’s chief rugby union correspondent from 1987 to 2012.

Tributes for the world renowned journalist poured in with fellow sports journalist and columnist Peter FitzSimons leading the pack. FitzSimons penned a personal and heartfelt obituary for Growden that was published in the Sydney Morning Herald where he credited Growden for giving him his start in the industry.

“In my own case, when I asked him in 1986 if I could maybe write a single rugby column for the Herald, he not only said of course, but took it to the Sports Editor, Tom Hammond, and insisted he print it,” he wrote. “It gave me my start, he showed me the ropes thereafter and I have never forgotten it. And there were many like me.”

Meanwhile, former Australian Rugby Union chief executive John O’Neill who met first Gowden in 1995 called him a “force to be reckoned with” as a journalist but added that when it came to his personal personality, it was a different story.

“He didn’t suffer fools, detested dishonesty and was unambiguously courageous. He didn’t see his job to be popular! As a friend, he was loyal and consistent. On tour he could be the life of the party.”

John Eales, the former Wallabies captain and rugby league legend recalled his time with Growden discussing sports and enjoying drinks over many years of touring back when Growden was the go-to journalist for covering the games.

“I enjoyed many long chats and a few drinks with Greg over many years of touring,” he said. “We spoke a lot about the history of both rugby and cricket, probably more cricket, and I particularly enjoyed his book on Chuck Fleetwood-Smith – A Wayward Genius.”

And former Australian captain NickhFarr-Jones shared similar fond memories of Growden writing: “It was because of his love for rugby touring and his mateship with the players someone like Greg was the reason we always welcomed the travelling journalists onto our team bus and into our hotel. He will be missed.”

Growden is survived by his wife Elizabeth and his children Anna and Angus.

Do you remember Greg Gowden?