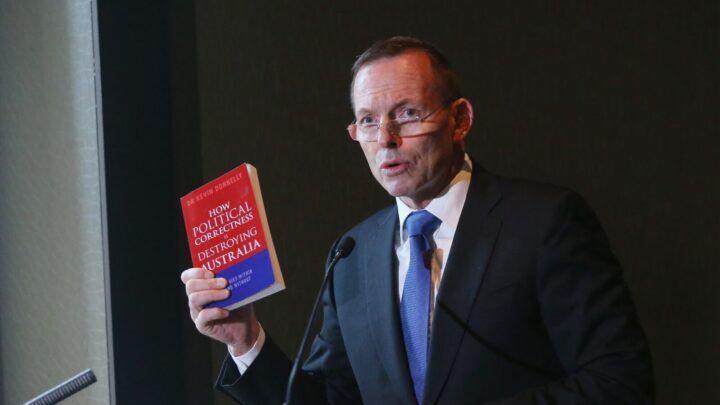 Some major companies are allowing staff to work on January 26 in exchange for another day off. Source: Getty

Former Prime Minister Tony Abbot is giving Australian businesses his two cents regarding the growing movement amongst companies which give employees the option to observe the Australia Day holiday.

As the ongoing debate regarding the controversial January 26 public holiday carries on for another year, many top companies including BHP, Telstra, Channel 10 and Woodside Energy, have allowed their staff to swap the day off with another public holiday.

“When everyone from the PM down says that Australia Day is our national day and should be respected, that should be the attitude of public companies,” he said.

He adds that: “Sure, there were downsides as well as upsides to British settlement but anyone who’s proud of our country should gladly mark the day when modern Australia began.”

However, according to Ben Wyatt, a board member of Woodside Energy, the growing number of companies allowing more flexibility around the January 26 holiday shows that a change of date is inevitable.

“The celebration of Australian Day on January 26 is vexed for many and while I do not see its change as the priority for Aboriginal Australia, in due course, as we move through constitutional change and the implementation of the Uluru Statement, the public mood will consolidate around a more inclusive day that isn’t ­focused on Arthur Phillip arriving into Sydney Cove,” he said.

“I fully support corporate Australia encouraging discussion with their employees, and this is only likely to continue and increase, and, therefore, consolidate the necessary public support for an alternative day to celebrate our wonderful country.”

While many companies have chosen to distance themselves from the debate, others have outright voiced which side of the argument they stand for.

Last year, the ABC came under fire for its decision to call Australia Day “Invasion Day” in an online news article, forcing it to retract the contentious language and clarify its intentions.

The original article, headlined Australia Day/Invasion Day 2021 events guide for Sydney, Melbourne, Canberra, Brisbane, Perth, Adelaide, Hobart and Darwin, was published on the ABC website ahead of the public holiday.

After receiving harsh criticism from both politicians and everyday Aussies, the broadcaster changed the headline to Australia Day is a contentious day for many. Here are the events being held on January 26  and released a statement defending its decision, saying it’s important for staff to recognise both sides of the story when reporting on the much-debated holiday.

“It is important to note, though, that both the Macquarie and the Australian Concise Oxford dictionaries list ‘Survival Day’ and ‘Invasion Day’ as roughly synonymous with ‘Australia Day’, either as ‘viewed by Indigenous people and their supporters’ (Macquarie), or ‘especially in Aboriginal Australian contexts’ (ACOD),” the national broadcaster wrote.

“Both terms have a long history of use in this country: the Australian National Dictionary dates both to the 1980s. A precursor for both terms would be the 1938 announcement by Indigenous groups that January 26 – not then a national public holiday – be known as a Day of Mourning and Protest.

“Given the variety of terms in use, and the different perspectives on the day that the ABC is going to cover over the course of the long weekend, it would be inappropriate to mandate staff use any one term over others in all contexts.”

Last year, an Ipsos poll for Nine News and The Age/The Sydney Morning Herald found that 50 per cent of Australians are not in favour of changing the date of Australia Day from January 26.

The poll results showed that of the 1,222 people surveyed, 48 per cent were against changing the date and a further quarter neither agreed nor disagreed.