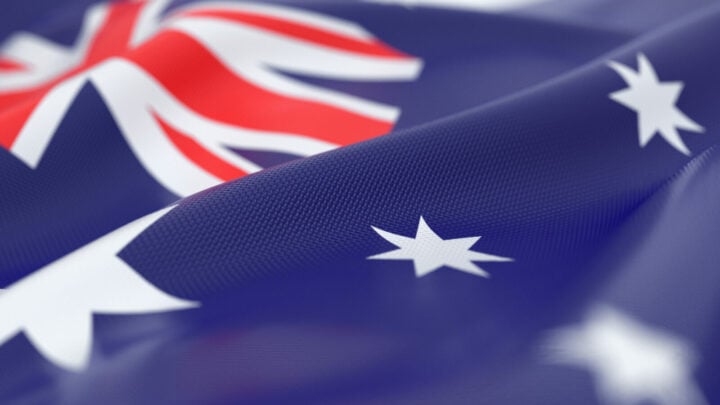 Australia Day is a topic of regular debate. Source: Getty.

In fact, the poll conducted by Essential Media shows there’s been a decline in people celebrating Australia Day in the past six years: in 2015, 40 per cent of people said they were doing something to celebrate the day.

The poll results also show an increasing number of people are now treating January 26 as just another public holiday, with more than half of this year’s respondents (53 per cent) saying so. Another 6 per cent said they were working on the day, and 12 per cent said they didn’t know what they would be doing for it.

Interestingly, the poll results showed those aged 55 years or older were more likely (31 per cent) to celebrate the holiday, compared with their younger cohorts aged 18 to 34 (23 per cent).

The poll results come as Warringah’s Independent MP Zali Steggall called for a minute’s silence at Australia Day ceremonies across the country this year, to recognise the suffering of Indigenous Australians, telling the Manly Daily, “A ceremonial minute’s silence could be a powerful step in the healing journey”.

However, Alex Hawke, the minister for Immigration, Citizenship, Migrant Services and Multicultural Affairs, has since hit back, saying it played “negative politics with our history“.

“It is disappointing to see an ill-considered proposal from the Member for Warringah that plays negative politics with our history and which can only perpetuate divisions between indigenous and non-indigenous Australians,” Hawke said in a statement, 7News reports.

“The truth is, Australia Day unifies us all, because of our shared history – the good and the bad. Regardless of the failings in our history, Australia has become one of the most free, egalitarian, safe and diverse societies today, and our shared commitment to continuing this journey together is what matters most.”

The public holiday is a topic of regular debate, with some Aboriginal and Torres Strait Islander people instead referring to the day as Invasion Day, marking the invasion by British settlers of lands already owned by them.

What do you think of this news? Will you be celebrating Australia Day this year?