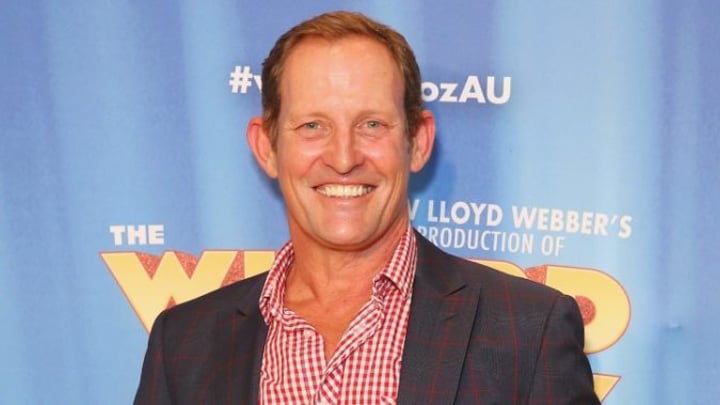 Australian performer Todd McKenney has issued an apology after revealing earlier this week that his sister married his ex-boyfriend.

After keeping quiet about his past relationship for years, the 54-year-old star revealed on the Word For Word podcast that his former lover ended up marrying his own sister.

“She married my ex-boyfriend and is still married to my ex-boyfriend but just has never mentioned it to me,” he revealed. “It’s weird isn’t it? I don’t think I’ve ever spoken about it publicly.”

McKenney said he’d dated Simon Gallaher for five years, but that the pair broke up and lost contact. Several years later, he was surprised to discover his former lover had started a relationship with sister Lisa.

“I remember I was doing Cats and there was a newspaper banner outside the newsagency, and it said, ‘Simon’s love child,’” McKenney explained. “I didn’t know anything about that but I go into my dressing room and the other guys in the show said, ‘what about Simon and Lisa?’ And I went, ‘which Simon?’ They said, ‘Simon Gallager’. I said, ‘Lisa who?’ And they said, ‘your sister!’”.

The couple married in 1990 and now have three children together, although McKenney said he no longer felt the need to keep quiet because the kids are grown up. The very public announcement didn’t sit well with Lisa, who on Tuesday evening, branding her brother “a selfish idiot” on Facebook.

According to the Sydney Morning Herald, Simon posted on Facebook: “I have only one thing to say. Todd McKenney is a Headline W***e. Shame on him. His sister on the other hand is the love of my life and wife of over 31 years. I love her to the end of the world.”

McKenny appears to be sorry for the pain he’s caused his family, issuing another public apology for his actions.

“After the events over the past week. I’d like to apologise for any hurt caused to members of my family,” he wrote. “It was NEVER my intention to hurt anyone. I’m so sorry. Hopefully we can sit down together one day and discuss any issues out of the public eye.”

Fans on Twitter were quick to praise the former Dancing with the Stars judge for saying sorry.

One comment read: “You’re absolutely entitled to talk about your life. It’s hardly like it was a major revelation. No one should think worse of either of you.”

Another person said: “Old saying. Those without sin cast the first stone. No need to apologise for telling the truth.”

A third added: “Todd, you have to be true to yourself. Your life experiences are part of what make you the special man you are, and this was one of them. Of course you never meant to hurt anyone — that’s just not who you are. Hugs!”

What do you think? Have the private details of your life ever been made public online? How did you handle the situation?