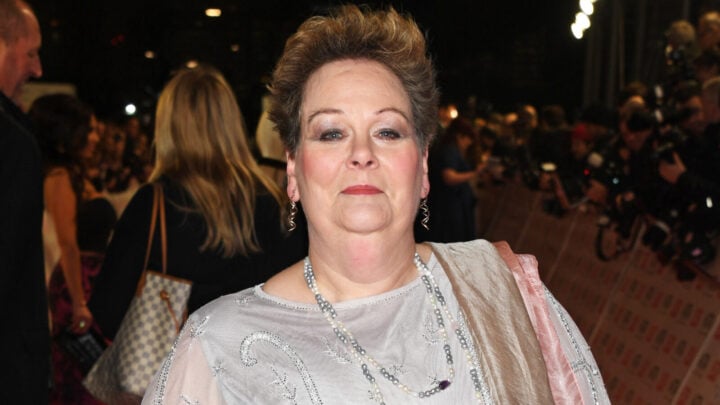 The Chase’s Anne Hegerty, nicknamed ‘The Governess’, has discovered she’s related to royalty through the genealogy show DNA Journey.

I will be appearing in Episode 1 of DNA Journey – Tuesday 5th April – 9pm – ITV with @anne_hegerty as we set off on a quest to discover and unearth secrets from our pasts in a life changing and emotional voyage of discovery. #dnajourney #itv pic.twitter.com/LYx7PyuUjt

Hegerty laughed in shock at the discovery but admitted she had heard it before from her grandmother although she just never believed it, saying the matriarch was known to spin a few yarns.

“Wow, that is cool. But my grandmother was the most tremendous liar,” she said.

“My aunt said she was a romancer and she’d embroider life a bit, so I always felt that anything from my grandmother had to be taken with a pinch of salt.”

Hegerty’s co-star Shaun Wallace teased her about the discovery, saying she better not expect any royal treatment from him.

“You’re a closet royal! Don’t be lording it over me now,” Wallace said.

“I’m not calling you Queen Anne on The Chase — I refuse.”

According to the Historian, Hegerty’s relation to royalty is through a family called Hayes, one of whom married Robert the Bruce’s daughter in 1370.

The brainiac was later shown a skull of her ancestor, to which she quipped her “lower teeth go a bit like that” while cradling the skull.

Hegerty said she’s always been curious about her ancestry, but her mother discouraged and prevented her from talking about their genealogy.

“As a child, I was always curious about this stuff and my mother was always very repressive,” she said.

“My mother was always deeply disapproving of the idea of anyone knowing about their ancestors.

The TV personality thought it might have been her mother’s way of keeping her humble.

“I think it was because on my mother’s mother’s side there’s quite a bit of posh, and my mum thought I’d grow up to be a terrible snob,” Hegerty said.

“But I’ve already grown up to be a terrible snob, so really there’s nothing to hide.”

Hegerty has been open about her hapless childhood in the past, saying that she often felt like the “family loser”.

The TV star attributes her poor relationship with her family partly to having autism, something which she was diagnosed with late in life at the age of 45.

Have you ever found out about a surprising relative?