Anne Hegerty: I grew up being told I wasn’t good enough for my ‘saintly’ mother 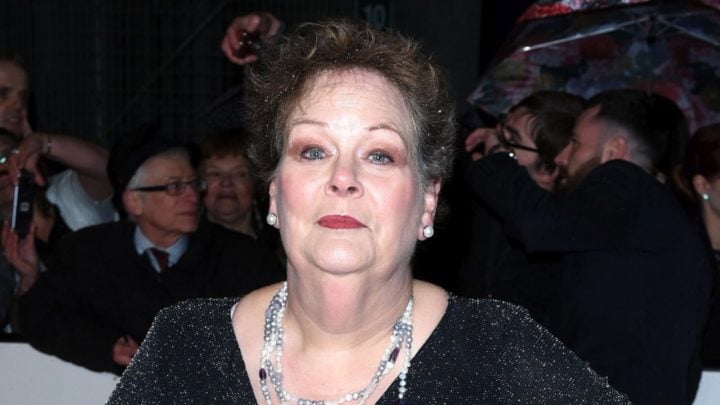 Anne Hegerty has opened up on her childhood. Source: Getty.

She may seem fearless as the sassy Governess on hit TV show The Chase, but Anne Hegerty hasn’t always felt so confident – and actually spent much of her childhood and young adult life feeling like the “family loser”.

The 60-year-old TV star is one of the most well-known and loved faces of the quiz show, appearing in both the UK and Australian versions of the program. While she’s known for her incredible intellect, she’s also made a name for herself thanks to her wit and cutting one-liners.

But now, speaking in an exclusive chat with Starts at 60, Anne has opened up on her struggle to finally embrace that confidence after constantly being told by people throughout her life that she wasn’t good enough for her “wonderful and fabulous” mother.

Asked how The Chase has changed her life, Anne said: “Totally, completely, 100 per cent. Nothing is the same. It’s amazing that I’ve got enough money that I need, that I’ve got a job. I feel so much more confident. I’ve spent most of my life thinking I’m the family loser. Now suddenly I’m not!”

Asked why she felt like the family loser, Anne explained: “Honestly you have no idea, until this came along … Compared to everyone except my dad, I did, he was seen as the uber loser. I spent most of my life being compared to my mum with everyone saying, ‘You mum is so wonderful and fabulous and amazing and stupendous and you’re not good enough for her’.

“Everybody loved her, loathed my dad, and would say, ‘That girl is so much like her dad. She’s not good enough for the mother’. My mother was just this saint, people acted like she was famous because she was so stupendous.”

While she has happy memories of her home life, Anne said the main person she relied on at the time for encouragement was her father. Anne was always very close with him – despite her family’s hostility following her parents’ split – but she admitted he struggled to take work seriously and was constantly aiming for bigger goals.

“My poor dad, he died a couple of years ago,” Anne said. “He just never really grasped the idea that work is a fundamentally good thing, whatever it is you’re doing it’s good to do it. He would not stick at anything he wasn’t enjoying. I think the essential tragedy of my father’s life was he never understood how ordinary he was. He always thought that he was an undiscovered superstar and one day he was going to amaze everybody.

“But the thing is he was the only person who ever encouraged me to do anything.”

While her father struggled with his own dreams and aspirations, he remained Anne’s biggest supporter and always encouraged her to push herself in whatever she was doing. One memory has always stuck in her mind from her days at university, when she was writing for the student paper.

“I remember in ’77 I wrote a long review of Star Wars. I sent it to him [dad] and he wrote back saying, ‘One really good thing I have accomplished in my life is being your father. That’s the one thing I’m actually proud of, that you’re my daughter’. I can’t imagine my mother ever saying that.”

“He always thought I could do something and he was proud of me being on The Chase,” she went on. “My mum was dead before I got on The Chase, but I feel she would have been quite conflicted about it because of the competitive element.

“I think she would have felt I should let people win and shouldn’t try too hard … She didn’t really approve of the fact that I could do so well at exams. I think she’d rather I’d have been charming and had social skills.”

Anne has been open about her autism diagnosis in the past, and used her recent appearance on reality TV show I’m a Celebrity… Get Me Out Of Here! to raise awareness of the difficulties many autistic people face in every day life.

“She [mum] probably would have come across as quite pleased, but there may have been this feeling at the back of her mind that she’d rather I’d have been a social worker,” Anne added. “There’s actually no way I could possibly have done that kind of thing!”

Recalling one memorable incident with her mother during her school days, Anne said she approached her and asked why teachers addressed school reports to parents – as it’s “only the children who are interested”. Her mother agreed with her at the time, and Anne admitted: “It took me years to find out that most parents were interested! She never was.”

The Chase remains Anne’s biggest love and priority in life, so much so she’s now planning to move down to London in the UK from her home in the northern city of Manchester, in order to be closer to the studio.

Asked if she’s ever considered taking a break from her work, Anne insisted: “I would never think of doing less of The Chase. That’s the absolute bread and butter job.”

Her high profile image over the last few years has however come with a few downsides, including her exposure to online trolls. However, the Governess insisted she doesn’t let nasty comments get to her and has a very effective filter.

“There are some people who are quite successful at trolling but straight up abuse is tiresome,” she explained. “I don’t really mind it, but if it gets too noisy I mute them! I don’t block people, I’m more likely to mute them so they don’t know they’ve been muted. I like the idea of them shouting into the void and not realising that I’m no longer listening!”

Are you a fan of Anne on The Chase? What are your memories of your parents? Were they supportive of you?