‘I didn’t get there’: Serena Williams reveals regret after shock retirement 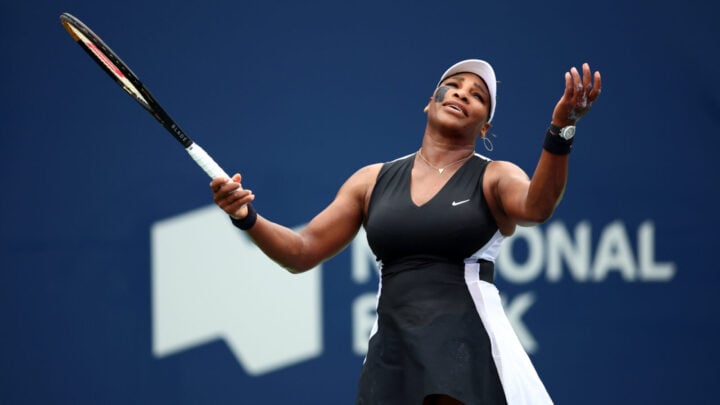 American tennis great Serena Williams has revealed her biggest career regret following her shock announcement that she is retiring from the professional sport after the US Open.

The 40-year-old athlete penned her retirement plans in an open letter published in Vogue Magazine on Tuesday, August 9.

The 23-time grand slam women’s singles champion said it was time for her to choose family over tennis.

“Believe me, I never wanted to have to choose between tennis and a family. I don’t think it’s fair,” Williams wrote.

Williams said she’s struggled to admit it’s time to step away from the sport she loves so dearly, crying every time it’s mentioned.

“I have never liked the word retirement. It doesn’t feel like a modern word to me. I’ve been thinking of this as a transition, but I want to be sensitive about how I use that word, which means something very specific and important to a community of people,” she explained.

“Maybe the best word to describe what I’m up to is evolution. I’m here to tell you that I’m evolving away from tennis, toward other things that are important to me.”

“There are people who say I’m not the GOAT because I didn’t pass Margaret Court’s record of 24 grand slam titles, which she achieved before the “open era” that began in 1968,” she wrote.

Williams, who’s suffered from a mixture of health issues surrounding her post-partum journey, said that she still feels her efforts were “extraordinary”.

“The way I see it, I should have had 30-plus grand slams. I had my chances after coming back from giving birth,” she said.

“I went from a C-section to a second pulmonary embolism to a grand slam final. I played while breastfeeding. I played through postpartum depression.

“But I didn’t get there. Shoulda, woulda, coulda. I didn’t show up the way I should have or could have. But I showed up 23 times, and that’s fine. Actually it’s extraordinary.

“But these days, if I have to choose between building my tennis résumé and building my family, I choose the latter.”

Williams’ final chance to reach Court’s record at the US Open, begins on August 29.