Shoppers warned ‘to be on guard’ for scams this festive season 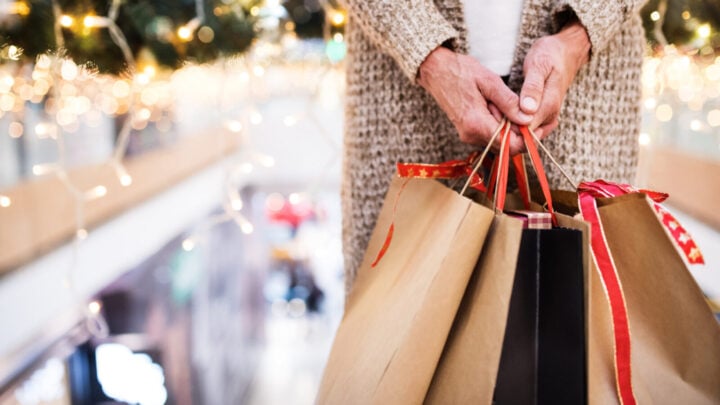 Scams are already having a detrimental impact across the country and with total losses to scams expected to reach an estimated $4 billion by the end of 2022. Source: Getty Images.

As the Christmas shopping rush fast approaches, Australians are being warned “to be on guard against scams” with the malicious activity expected to double this Christmas.

“The Christmas shopping rush is a major opportunity for scammers looking to catch the unwary,” he said in a statement.

“It’s also a time when they exploit our elderly and other vulnerable groups who may be experiencing loneliness.

“So called phishing scams, which allow scammers to remotely take over phones and personal computers, are the biggest risk at this time of year.

“Australians should also be on the lookout for impersonation scams, where scammers pose as a legitimate business or family member.”

Jones further stressed that “the government wants to have people be aware” that scams “are likely to ramp up over the Christmas period and to take extra care”.

“If it looks too good to be true, it probably is,” he told the ABC.

“The ACCC has told us that last year there was about $2 billion worth of scams … they expect that to double this year and there’s always a spike over Christmas time.”

Scammers are out in force at Christmas. Don’t lose your hard earned savings to ruthless thieves.

Scams are already having a detrimental impact across the country and with total losses to scams expected to reach an estimated $4 billion by the end of 2022 in addition to the recent widespread data breaches that have impacted millions across the country, Australian Competition and Consumer Commission (ACCC) Deputy Chair Delia Rickard recently stressed that, “there has never been a more important time to know the tell-tale signs of a scammer”.

“We know scammers are relentlessly targeting Australians. Research commissioned by the ACCC shows that 96 per cent of the population was exposed to a scam in the five years to 2021. Half of the survey’s respondents were contacted weekly or daily by scammers, a figure expected to rise given current cyber security concerns,” Rickard said.

“Scammers evolve quickly, and their tactics are becoming increasingly sophisticated and unscrupulous. There have been hundreds of reports to Scamwatch in the weeks after the recent high-profile data breaches and that is expected to continue.”

With the gift-giving season fast approaching, protect yourself against dodgy sellers by sticking to trusted businesses and whenever possible, pay using credit card or PayPal so that if something goes wrong, you have a better chance of getting your money back. https://t.co/VMCAMnwNQU

The recent warnings will be of particular benefit for older Australians who are often hit especially hard by scam activity. Previous reports from the ACCC have indicated that people aged 65 and over have often reported the highest losses to scams, with losses increasing with age.

Starts at 60 recently spoke to Director of AlphaClick IT Solutions, Angelo De Silva who specialises in cyber security, in order to gain a greater understanding of what measures the over 60 community can utilise to not only spot a scam but also avoid being ensnared in a scammer’s trap.

“It’s not good to be suspicious all the time, but before giving out your personal information or giving access to your computers, make sure the person on the other side is genuine.

“If unsure, simply ask for a callback number with a reference. You can always seek advice from someone who is knowledgeable about computers.”

De Silva also pointed to a number of warning signs that over 60s should be aware of when it comes to potential scam activity.

De Silva warns that “an automated call and not a real person speaking” could be a sign of a scam and that “if the person calling has a bad phone line with noises or if you can hear a lot of background noises” it could also indicate that the person is attempting a scam.

Another indicator is “asking to remote access their computer to help improve the internet speed.”

“Many telcos take hours to answer the phone if we need help from them. Therefore what is the chance they call us proactively to help improve our internet speed?” De Silva said.

Further assistance for scam victims is available on the Scamwatch website at scamwatch.gov.au.