Prince William honours his grandmother, the Queen, in first speech as Prince of Wales 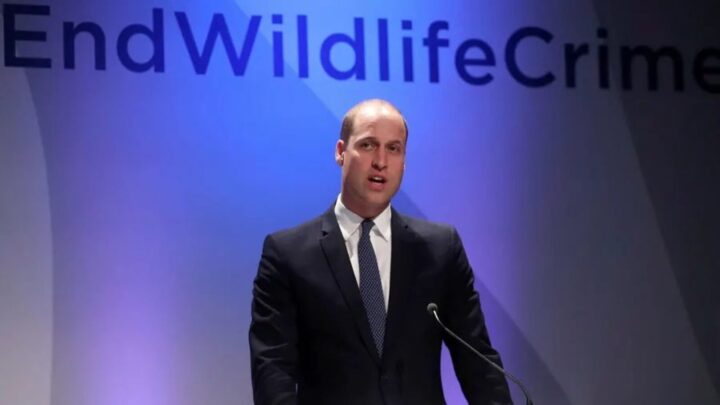 Prince William credited his love for wildlife and the environment to his grandmother, Queen Elizabeth. Source: Twitter @rjmyers

Prince William has made his debut as the newly named Prince of Wales, after delivering his first public speech since taking on his new royal title at the United for Wildlife Global Summit on Tuesday, October 4.

Despite having been bumped up as the first in line to the British throne, William made it clear that protecting the well-being of endangered wildlife will remain a key fixture in his royal work.

The 40-year-old Prince vowed to continue tackling illegal wildlife trading issues, sharing that his work in conservation is how he carries on honouring both his late grandparents, Queen Elizabeth II and Prince Philip, who influenced his passion for wildlife and the environment.

Prince William spoke of his “much-missed grandmother” today in his first speech as Prince of Wales for charity United for Wildlife. He added, “In times of loss, it is a comfort to honour those we miss through the work we do.” pic.twitter.com/hT7vhfnFkh

“Our natural world is one of our greatest assets,” William said, addressing the 300 global leaders and law enforcement representatives in attendance.

“It is a lesson I learnt from a young age, from my father and grandfather, both committed naturalists in their own right, and also from my much-missed grandmother, who cared so much for the natural world.”

Adding, “in times of loss, it is a comfort to honour those we miss through the work we do.”

The Prince founded United For Wildlife (UFW) back in 2014 through his other charity the Royal Foundation in an effort to protect endangered wildlife and tackle the illegal trade of animal products.

Much like his father and former Prince of Wales, King Charles, who was also outspoken on the big issues affecting the world we live in, William spoke passionately about the seriousness of the damaging impact illegal poaching has on biodiversity and local communities globally.

“We set out to ensure that those involved in wildlife crime face an international response as powerful & coordinated as any other serious and organised crime… And everyone here is playing a significant role in helping us do so.”

“There are still too many criminals who believe they can act with impunity, too many lives being destroyed and too many species on the brink of extinction due to this heinous crime,” he said.

Since launching the organisation, William has been at the forefront of his work. With his efforts, in six years UFW has created an international and financial task force which led to over 250 arrests and almost 200 seizures of illegal wildlife products.

Though the Prince of Wales believes the organisation’s work has shown “demonstrable impact” he reminded attendees there is still much more work to be done.

“While we do not have the luxury of time, clearly we do have a proven roadmap to success and the motivation to put it into action,” he said.

“I hope you all leave here today energised and motivated to intensify this work. Because there are still too many criminals who believe they can act with impunity, too many lives being destroyed and too many species on the brink of extinction due to this heinous crime.”

William’s keynote speech at the UFW comes shortly after he and his wife Catherine, Princess of Wales, returned to London following their first trip back to Wales since being given their new titles.

According to Harpers Bazaar, Catherine is also scheduled to carry out her own royal engagement related to her work in children’s early development, later this week.

All working members of the Royal Family have resumed their official duties following their mourning period for the Queen.