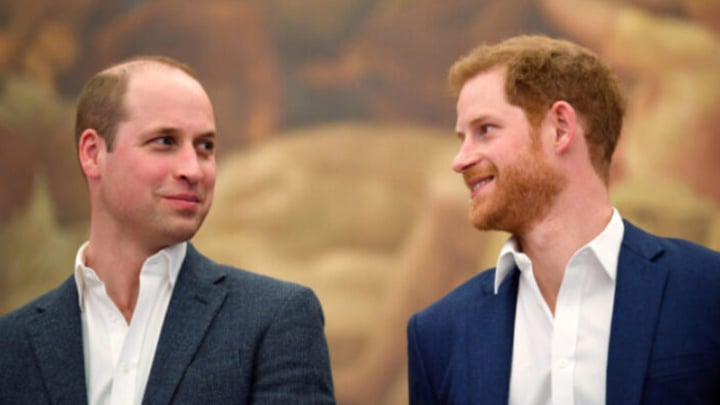 It appears Prince William and Prince Harry are able to put their differences aside when it matters, despite their ongoing feud. Source: Getty Images.

Although Prince William and Prince Harry have seemingly been at odds over the last few years, the brothers put their ongoing feud on the back burner recently to honour their late friend.

Their friend, Henry van Straubenzee, died in a car crash in 2002 before he was able to travel to Uganda to teach local schoolchildren.

Shortly after his death a memorial fund was established, by his parents, to offer support to schools in Uganda and continue his legacy.

In an annual carols ceremony that honoured the late van Straubenzee and the work the memorial fund has achieved, the brothers issued a joint statement that was delivered on their behalf.

“We believe everyone here tonight will agree that what Claire and Alex have achieved since 2009… is nothing short of extraordinary,” the brothers’ wrote.

“As you gather under this roof tonight, the charity is supporting 51 nursery, primary and secondary schools in rural Uganda, where 1700 projects have been completed and over 35,000 children, each year, are benefitting by receiving education they wouldn’t have otherwise had.

“For those of us who knew Henners, we will always miss his mischievous charm and hilarious sense of humor… Henry’s legacy will live on through the incredible achievements of what his mum and dad have accomplished over the years.

“As long as funds permit, they will continue to monitor their schools, enduring that the children of south east Uganda receive that vital education, providing the opportunity to escape poverty as they grow up, and hopefully that of their own children in the future.”

Prince William and Prince Harry closed their letter by wishing everyone in attendance and “enjoyable evening and very Happy Christmas”.

Despite what appeared to be a cohesive effort by the brothers to honour their friend, the pair did not attend the event in person

It appears Prince William and Prince Harry are able to put their differences aside when it matters, despite their ongoing feud.

Despite years of strained relations between the brothers, Prince William had reportedly extended the invitation to the Duke and Duchess of Sussex to join him and his wife, the now Princess of Wales, for the walk.

In what many considered a show of unity, the two couples walked through the gates of Windsor Castle together on Saturday, September 10, before meeting and speaking with members of the crowd and viewing the flowers left at the gates in tribute to the late Queen.

Although both couples remained mostly separate during the walk, royal watchers remain hopeful that the move would lead to a possible reconciliation between the pair.