‘Nothing too mucked about, or fussy’: Camilla reveals love for simple foods 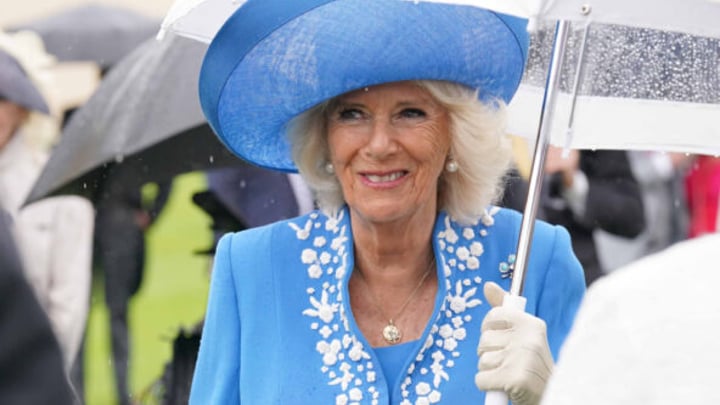 Camilla admitted she wasn't too "adventurous" in the kitchen, revealing her cooking was more about quality ingredients than anything else. Source: Getty

The Duchess of Cornwall has revealed she isn’t one for complicated, time-consuming cooking in a recent interview with her son, British food writer and critic, Tom Parker Bowles.

In the exclusive interview published in You Magazine on Sunday, May 8, the Duchess described growing up “in a very happy home, with good food at its heart” as she described the history of food in her family.

“I still just about remember rationing, but we grew everything from tomatoes and melons to peas, beans, carrots and new potatoes. One of my earliest memories is podding those peas and beans with my mother, an accomplished cook,” the Duchess revealed.

Camilla admitted she wasn’t too “adventurous” in the kitchen, revealing her cooking was more about quality ingredients than anything else.

“I always cooked for the children growing up, and they were good eaters, but I was never the most adventurous of cooks. I was sent on a cooking course in Sussex when I was young but, really, I learnt from my mother. I’ve never followed a recipe in my life,” Camilla said.

“My cooking is about good ingredients. Nothing too mucked about, or fussy or fiddly.”

Surprisingly, Camilla went on to admit one of her favourite foods was none other than Heinz Baked Beans.

“One of my favourite foods is baked beans on toast. Always Heinz,” she said.

Despite her love for beans, Camilla admitted she has a fierce distaste for spice.

“I can’t bear peppers, raw or cooked. I’m not a fan of offal either, aside from very good liver. And I avoid chilli and garlic too, unlike my son,” she revealed.

A candid Camilla admitted she “could fill a book with all my cooking disasters”.

“I’m not a natural baker, to say the least. As for baked potatoes…many a poor, incinerated specimen has been found in the bottom of the Aga, put in, then forgotten about,” she said.

When asked by her son what her last supper would look like, Camilla detailed the bitter-sweet meal that came to mind.

“My last supper would probably involve my own asparagus, with lots of butter. Angela Hartnett’s risotto. I love her cooking. Dover sole meunière, with ratte potatoes and fresh broad beans and peas from the garden. Some bitter chocolate ice cream. Plus strawberries and raspberries and lots of clotted cream,” Camilla said.

“Along with a really good glass of red claret. And, seeing it’s my last supper, probably two.”

In a subtle nod to Prince Charles, Camilla commended her husband for his garden expertise as she described her love for “simple things”, particularly home grown vegetables.

“I do still cook for myself when at home. Simple things like fish en papillote with butter and herbs. And vegetables from the garden: kale, purple sprouting broccoli, carrots, courgettes, and lots of peas and beans because they freeze so well,” Camilla said.

“I love the vegetable garden, and summer in particular. I’m very proud of my white peaches. My husband is an excellent gardener, and we’re quite competitive about our fruit and vegetables.”

Do you relate to The Duchess's style of cooking?