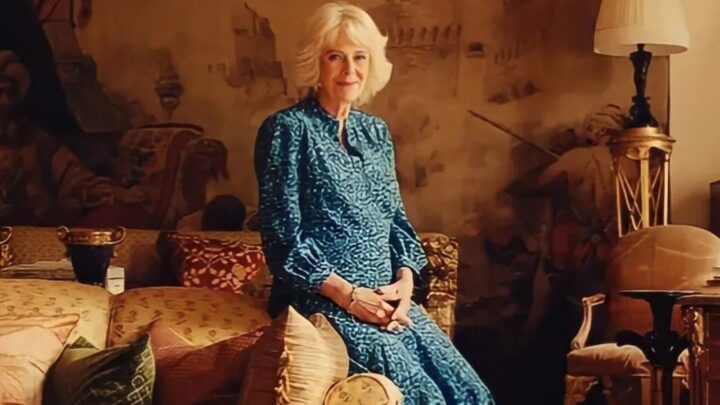 ITV viewership is expected to skyrocket this Wednesday, July 13, as the television network is set to air a new documentary about Camilla, Duchess of Cornwall, as her friends open up about her “risqué as well as naughty” nature.

The one-off 60-minute programme, titled Camilla’s Country Life, was commissioned by ITV ahead of the Duchess’s 75th birthday to give their audience a “unique opportunity to gain an insight” into the future Queen Consort‘s life.

The documentary will paint a varied portrait of the Duchess, who was filmed at official events meeting celebrity friends, informally with her sister Annabel Elliot when they visit their grandmother’s former home, and even out walking her dogs at Charles’ Gloucestershire home of Highgrove.

Also appearing on the programme is Sarah Troughton, a close friend of Camilla’s and a first cousin once removed of the Queen, who shares that Camilla has a “wicked sense of humour” and tells “very risqué” jokes.

“I think there has been a wind of change in the duchess’ popularity,” Troughton said.

“But I think it’s because she has been entirely natural, entirely straight with everybody, looks you straight in the eye, does her royal duties with real panache and style and the public are very happy to meet her.”

Jeremy Clarkson, the former Top Gear host and one of several celebrity friends to make an appearance on the programme, let slip that he and the future Queen Consort used to sneak away for a “crafty fag”.

“I think we get on very well. Um, we used to go… perhaps I shouldn’t say this, but we used to go and sneak a crafty fag round the back of things. But I don’t smoke anymore,” Clarkson said.

“I think she might still sneak a crafty one in occasionally, but you’d have to ask her.”

Clarkson also told the documentary: “She’s very good with people – she’s got a great twinkle in her eye.”

“There’s no question she obviously came from a privileged background. But not so privileged that the cushions have to be velvet and the blue M&Ms have to be taken out, so you do get the impression that she is one of us.”

Camilla’s latest documentary comes just after news emerged that the portrait of the Duchess featured on the front cover of her edition of Country Life magazine was taken nonother than by Catherine, Duchess of Cambridge.

Country Life‘s editor Mark Hedges, said when he asked Camilla if she had any preferences for photographers, he was initially confused by her response.

“She immediately said, ‘Catherine.’ And none of us could think who she meant. And then some light bulbs started going on,” he said.

Kate, who is a keen amateur photographer, took the images at Ray Mill – the Duchess of Cornwall’s Wiltshire mansion.

Camilla’s Country Life will be screened on Wednesday, July 13 at 9 pm on ITV and the ITV Hub.