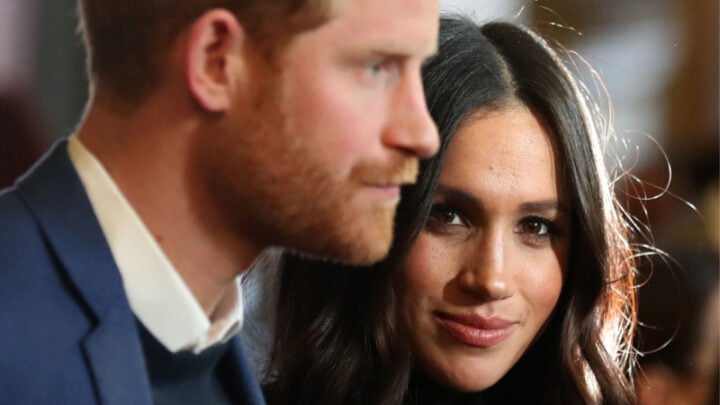 The Duchess of Sussex opened up about being judged for her "ambition". Source: Getty Images.

Meghan Markle’s long-awaited podcast series Archetypes has been released on Spotify and the Duchess of Sussex held little back, addressing the criticism she faced when she first started dating her now husband, Prince Harry.

For her debut episode titled The Misconception of Ambition, the 41-year-old sat down with retired tennis legend Serena Williams for a discussion centred around ambition and the double standards placed on women who decide to chase their dream.

Speaking candidly, Markle explained how growing up in an all-girls Catholic school in Los Angeles she was taught to feel empowered, saying the “feminist ideology” is incorporated into every aspect of her life.

“This message to me and my classmates was clear: our futures as young women were limitless. Ambition? That was the whole point!” she said.

“So I don’t remember ever personally feeling the negative connotation behind the word ‘ambitious’ until I started dating my now-husband.

“And apparently ambition is a terrible, terrible thing, for a woman, that is according to some. So, since I’ve felt the negativity behind it, it’s really hard to un-feel it.”

Williams is no stranger to double standards in her career herself, having recently revealed her sadness over having to retire from the sport of tennis in order to focus on her family.

“Believe me, I never wanted to have to choose between tennis and a family. I don’t think it’s fair,” Williams wrote in an open letter published in Vogue Magazine on Tuesday, August 9.

Following the debut of Markle’s podcast, the first episode has been met with mixed reviews with several listeners taking to social media claiming the first episode was “amazing” and are “proud to see Meghan shine and put other women in the spotlight” others feel differently about her show.

???????? It’s not your ambition we dislike, Princess Pinocchio – it’s the vile way you trash the Royal Family whilst simultaneously exploiting your royal status for millions of dollars as with this podcast. https://t.co/53vVjo49zI

On Meghan Markle’s new Spotify podcast ‘Archetype’, she whines about how she didn’t realize “ambitious” was a bad word until she married into the Royal Family.

A narcissist wouldn’t understand how trying to hog the spotlight doesn’t mesh well with the BRF.#MeghanMarkle pic.twitter.com/wkmWnAuMJc

Entertainment columnist Celia Walden from The Telegraph writes: “If the rest of the season is anything like the premiere, what we’re really going to be listening into week after week is Meghan interviewing herself.”

The Times‘ deputy books editor and columnist James Marriott rated the podcast one star, claiming “the podcast is a tastefully soundtracked parade of banalities, absurdities and self-aggrandising Californian platitudes.

“The effect of all the tinkly music and vapid conversation is to make you feel you’ve been locked in the relaxation room of a wellness spa with an unusually self-involved yoga instructor.”

As per the podcast’s Spotify description, Archetypes intends to “investigate the labels that try to hold women back.” Listeners can expect Markle to “speak with historians and experts to uncover the origin of these stereotypes and have uncensored conversations with women who know all too well how these typecasts shape narratives.”