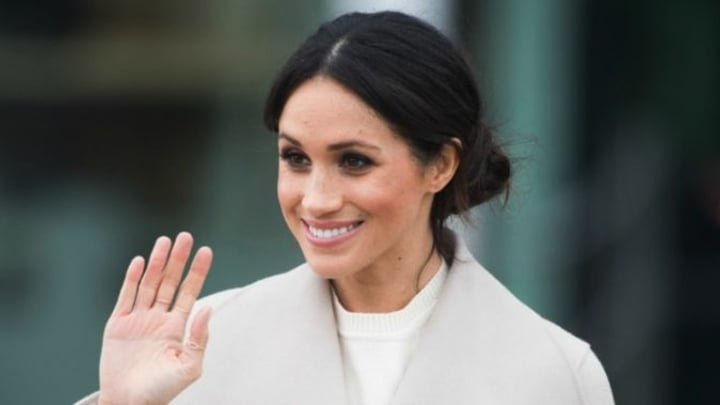 Meghan Markle's father is claimed to have staged some photos. Source: Getty.

The royal family recently pleaded with media outlets to back off from Meghan Markle’s father ahead of her wedding, claiming the constant photos and coverage of him preparing for the big day were bordering on harassment.

However, in a shock turn around, it’s now been revealed that he’s been complicit in the coverage all along – and even staged some of the photos with paparazzi.

Pictures of Thomas Markle, 73, published over the last few weeks, have shown him browsing news reports on his daughter and Prince Harry, getting measured for a wedding suit, and even reading a book titled Images of Britain, as he prepares to walk his daughter down the aisle on Saturday.

The photos reportedly prompted Kensington Palace to write to several news outlets recently, warning them to leave the reclusive man alone and to honour his privacy.

Read more: Meghan Markle’s beloved dad to have the ultimate honour – walking his daughter down the aisle

However, new footage published by the Mail on Sunday now shows Thomas apparently staging some of the photos with paparazzi – proving he was complicit in the furore all along. CCTV images, taken from the internet cafe where he was pictured browsing the news reports, shows him talking to a photographer beforehand.

It will no doubt be an embarrassing blow for the royal family, and Thomas himself, as it comes just days before he’s set to meet them, and the Queen, for the first time.

Meghan’s brother has now claimed his father is “deeply embarrassed” by the stunt, and plans to apologise to the whole family, the Daily Mirror reports. A friend said he’ll be feeling “petrified” at facing the family, after already having reservations about the trip to the UK.

The Palace’s warning had striking similarities to an open letter Prince Harry himself wrote in 2016, defending Meghan against ongoing reports and photos of her in the early stages of their romance.

He accused the press of introducing “racial overtones” into the reporting of his relationship, and said at the time he’d never before encountered such a “degree of pressure, scrutiny and harassment” from the media.

At the same time, the Palace hit out at the “bombardment of nearly every friend, co-worker, and loved one in her life” and the harassment of her mother, who had to “struggle past photographers in order to get to her front door” at her home in Los Angeles.

The furore is just the latest in a long history of strained relationships between the British press and the royal family. One could argue both need each other as much as the other — the press to sell papers, and the royals to stay relevant — but finding a balance between privacy and intrusion has proved difficult.

William and Harry in particular are known to be frosty towards the media, given the paparazzi’s treatment of their mother, Diana, when she was alive. The pair blame the media for her fatal accident in Paris, and Harry candidly quipped last year that he was disgusted by the paparazzi “who were taking photographs of her while she was still dying on the back seat of the car”.

Recently, there have been grumblings among the British press, with many of the major papers annoyed they’ve been kept at arms length throughout the lead up to Harry and Meghan’s wedding. According to a report in the New York Times, only one reporter will be allowed inside St George’s Chapel for the wedding, and just four photographers will get coveted spots outside the chapel.

Some are predicting the relationship between the Monarchy and the press will change once the Queen dies, and that the new guard of royals won’t be as open to sharing their lives as previous generations.

Do you think Thomas Markle should apologise for the set-up shots? Can you understand why he did it?