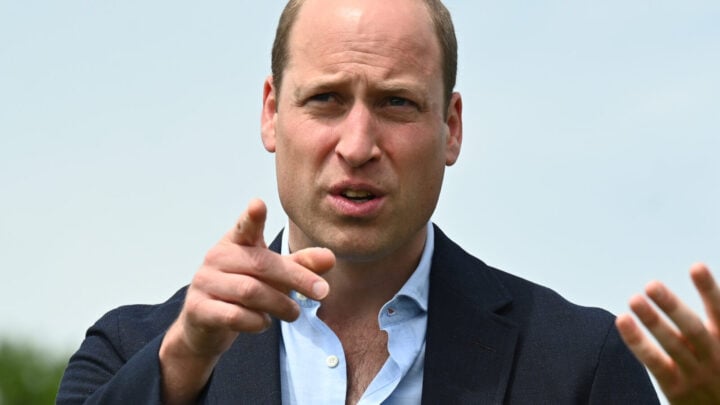 The video was allegedly uploaded to YouTube just four days ago and has been viewed over 20,000 times. Source: Getty

Old footage has emerged of an extremely agitated Prince William confronting an out of line photographer who was allegedly “stalking” and filming Prince William, Kate and their three young children while out on a private outing in Sandringham.

The footage, allegedly taken sometime last year, 2021, shows a clearly upset Prince William defending himself and his family as he blasts the photographer for intentionally breaching the royal family’s privacy.

The video, leaked to social media platform, TikTok, begins with a protective Prince William attempting to make contact with police via his mobile phone in an attempt to stop the photographer from filming his family.

The photographer denies any wrongdoing, saying, “I just realised who it was” before William snap backs, “No you didn’t, you were out here looking for us! Don’t pretend”.

In the background, Kate can be heard piping up to confront the photographer.

“You drove past us outside of our house, I saw you”, Kate says, to which the photographer again denies.

“How dare you behave like how you’ve done with my children? How dare you!” The Prince continues.

“You are stalking around here looking for us and our children.”

A visibly shaken Prince William continues to argue with the photographer who continually denies his actions were intentional, despite continuing to film the family.

“I’m out for a quiet bike ride with my children on a Saturday, and you won’t even give me your name,” William says.

A number of fans took to the video to share their opinions on the altercation as many praised William for sticking up for his family and defending their privacy.

“Poor William. He gives so much of his time to them and he just wants a little time privately with his family,” one fan wrote.

“I would be as angry as he is. There should be a law against the paparazzi. They don’t have a right to stalk people. How come he can’t get the police,” another commented.

One fan pointed out Prince William’s aggravated reaction could be due to trauma from his own mother’s experience with paparazzi.

The Telegraph UK revealed that Kensington Palace staff have requested that the video be taken down, with lawyers for the Cambridges also writing to the photographer directly shortly after the dispute.

The video was allegedly uploaded to YouTube just four days ago and has been viewed over 20,000 times.