‘Forgiveness is really important’: Meghan Markle opens up on reconciliation with Royal Family 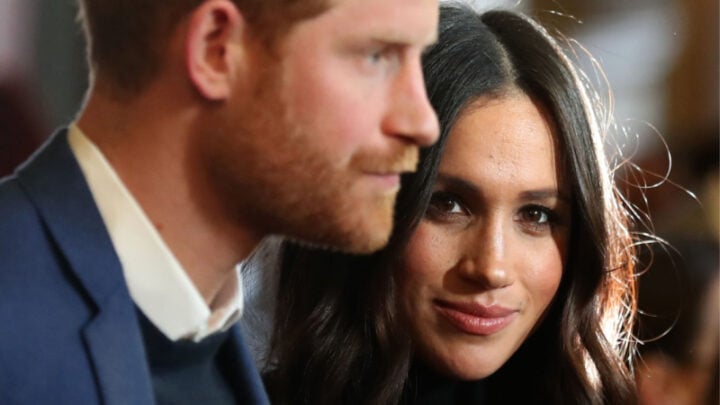 When asked whether forgiveness is on the cards between Markle and Royal members, the 41-year-old revealed that she believes "forgiveness is really important". Source: Getty Images.

Meghan Markle has revealed she has “made an active effort” to make peace with the Royal Family, despite claiming that her mere existence is “upsetting the dynamic” of The Firm.

In a wide-ranging interview with The Cut, Markle touched on everything from their decision to step away from royal duties, Harry’s relationship with Prince Charles, and possible reconciliation with the Royal Family.

When asked whether forgiveness is on the cards between Markle and Royal members, the 41-year-old revealed that she believes “forgiveness is really important”.

“It takes a lot more energy to not forgive,” she said.

“But it takes a lot of effort to forgive. I’ve really made an active effort, especially knowing that I can say anything.

“I have a lot to say until I don’t. Do you like that? Sometimes, as they say, the silent part is still part of the song.”

Despite Markle hinting at a possible reconciliation, the Duchess of Sussex didn’t shy away from delivering a number of damaging claims against the Royal Family.

Harry and Markle chose to step away from royal duties in 2020, a decision which Markle claims was met with opposition from the Royal Family.

“That, for whatever reason, is not something that we were allowed to do, even though several other members of the family were do that exact thing,” she said.

When asked why that was the case, Markle simply replied: “I don’t know”.

Markle also believes that “just by existing” she and Harry “were upsetting the dynamic of the hierarchy” and that helped them make the decision to step away.

Not content with taking aim solely at the Royal Family, Markle also levelled accusations at the media whose coverage she believes contributed to the fallout between Harry and his family.

“Harry said to me, ‘I lost my dad in this process'”, she revealed.

Since stepping down from royal duties in 2020 and the infamous Oprah Winfrey interview in 2021, the Sussexes have been mostly estranged from the Royal Family.

Harry has been particularly outspoken about his royal life several times, taking more than a few public swipes at the royal family which certainly hasn’t helped ease tensions.

During the Oprah interview, Harry described royal life as a “mixture between The Truman Show and being in a zoo” and opened up about Prince Charle’s parenting style.