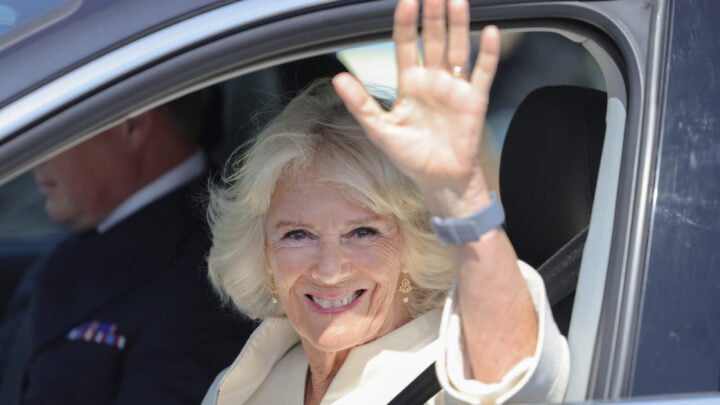 And the ritual is none other than a daily Wordle! Source: Getty

The Duchess of Cornwall has made a surprise confession, admitting she performs a simple everyday ritual to keep her mind sharp.

In an exclusive interview with British Vogue, Camilla revealed that she does “Wordle everyday” with one of her granddaughters.

The Duchess admitted she and her granddaughter would compete for the least attempts at guessing Wordle’s everyday mystery word.

“She’ll text me to say, ‘I’ve done it in three’, and I say, ‘Sorry, I’ve done it in two today’. It’s very satisfactory when it tells you how brilliant you are,” Camilla joked.

Camilla is well-known for her busy daily schedule, consisting of regular royal duties and engagements. The Duchess is also known for her passion for reading and according to Hello! Magazine, Camilla “keeps physically active too, wearing a Fitbit activity tracker to monitor her movements throughout the day”.

Most recently, The Duchess of Cornwall joined actress and television producer Joanna Lumley for the launch of the new Commonwealth Poetry Podcast hosted by famed English broadcaster Gyles Brandreth and his daughter, Aphra.

In a snippet of the podcast shared by The Daily Mail, The Duchess is heard describing the sentiment behind her special Reading Room hub, a channel that “offers new seasons of book recommendations, as well as exclusive insight from the authors themselves”, and how the initiative came to be.

“Well it is a book club, it’s something that I conjured up in lockdown when a lot of people wrote to me after I’d recommended a few books for them to read and it went so well, I got so many letters, that I thought, why not start to put it on a bigger scale,” Camilla said.

“If you have to learn something by heart you look at it properly and don’t just read through it,” she said.

“And I think it’s a lovely thing to store. You can have a little store where you have got all these poems in you for the rest of your life, and at some point, rather like today, you can bring them out and talk about them.”

The Duchess of Cambridge joined Camilla earlier this year to create a children’s book club and Camilla also has her own children’s section within the Reading Room hub.

In the same interview with British Vogue, Camilla also opened up about what it is really like to be married to Prince Charles, admitting the couple often didn’t see each other due to their busy everyday schedules.

“Sometimes, it’s like two ships passing in the night, but we always sit down together and have a cup of tea and discuss the day. We have a moment,” the Duchess admitted.

Camilla revealed that she treasured her shared love of books with Charles because it meant they could often enjoy the hobby in each other’s company.

“You know when we go away, the nicest thing is that we actually sit and read our books in different corners of the same room. It’s very relaxing because you know you don’t have to make conversation. You just sit and be together,” she said.