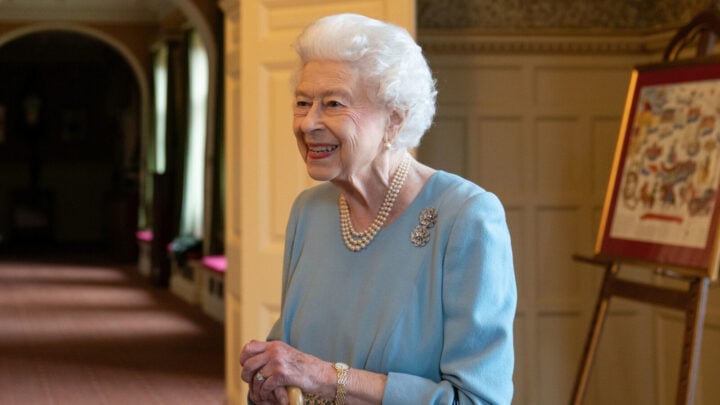 The Queen has "decided not to undertake her planned virtual engagements today." Source: Getty

Queen Elizabeth has quelled concerns for her health, as she battles Covid-19, by holding her weekly video call with British Prime Minister Boris Johnson.

“Her Majesty did speak to the Prime Minister this evening,” a Buckingham Palace spokesperson said on Wednesday.

Concerns were flurrying on Wednesday, as it was revealed that Queen Elizabeth had cancelled a number of engagements due to ‘mild, cold like symptoms’, despite The Palace confirmed Her Majesty would continue with light duties as she battled the virus, just days earlier.

EARLIER:
Concerns are growing for Queen Elizabeth’s wellbeing, as she cancels her attendance at virtual engagements, amid her battle against Covid-19. Reportedly cancelling due to suffering from ‘mild cold-like symptoms’, the triple vaccinated monarch tested positive to Covid-19 on February 20, just ten days after Charles, and eight days after Camilla, both tested positive also.

Reportedly, the Queen has “decided not to undertake her planned virtual engagements today, but will continue with light duties.”

The Herald Sun reported on Tuesday, February 22, some of the duties Queen Elizabeth had planned. It can be assumed that these are all now cancelled, as they no longer appear in The Royal Diary. These cancelled engagements may include a video call with foreign ambassadors, and a weekly video call with British Prime Minister Boris Johnson.

Just before the announcement of her cancelled engagements, Queen Elizabeth released a statement sharing her grief and upset upon hearing of the devastation in Brazil “caused by the terrible floods”.

“I’ve spoken to a few people saying she’s fine, she’s being very well cared for, there is no cause for alarm.”

“The reality is she has been vaccinated three times and she’s got great doctors around her.”

“I just think the people need to be a little more candid and say ‘hey look, she’s taking a week off to recover from Covid-19,” he said.

“We read so much into every single thing that’s said and that’s probably why they don’t want to do a running commentary.”

“If there had been a rapid development, the family would be doing things differently,” Jobson said.

After it was announced that Queen Elizabeth had caught Covid-19, it was revealed that the virus has been rife across the royal household.

Just last week, Queen Elizabeth joked that she “can’t move” as she entered a royal engagement, cracking the morbid joke at her own expense, mocking her cane and shuffling feet.

The Queen’s health has been in question for some time after multiple reports of her impending health issues were made public, due to the cancellation of a number of engagements in late 2021.

Do you think Queen Elizabeth's health is worse than we are being lead to believe?