‘She died because of this’: William and Harry blast BBC over Diana investigation 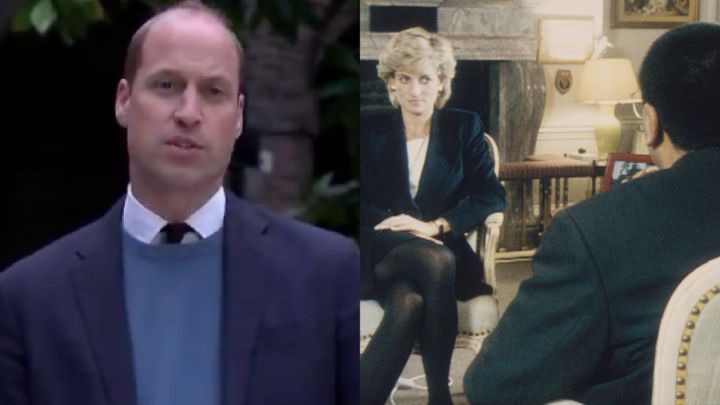 Prince William has condemned the BBC over its treatment of his mother. Source: Twitter/DukeandDuchesssofCambridge

Prince William and Prince Harry have each launched scathing attacks against the BBC after an inquiry found journalist Martin Bashir “employed deceitful methods” to secure the infamous ‘Panorama’ interview with their late mother, Princess Diana.

Airing in November 1995, Diana’s brutally honest interview made headlines around the world when she declared “there were three of us in this marriage”, in reference to the Prince of Wales’ infidelity with Camilla Parker-Bowles.

The candid interview rocked the palace at the time, with the princess dropping bombshell after bombshell. It was even alleged that after it aired, the Queen reportedly sent a letter to both Charles and Diana advising them to divorce. In the interview, the late princess discussed the toll her marriage was taking on her mental health, detailing her struggle with bulimia and describing how she had days where she didn’t want to get out of bed.

In the inquiry’s findings, handed down on Thursday in the UK, it was revealed that Bashir hired a graphic designer to create fake bank statements, which were shown to Diana’s brother Earl Spencer. The forged statements said that the Earl’s head of security was being paid by a tabloid to leak stories about Diana. Bashir also told Diana’s brother that her body guard and friends were feeding stories to the press. Bashir used these lies to win the Earl’s trust and secure and introduction to Diana.

Now, a hurt and frustrated William has opened up about the inquiry’s findings, saying the BBC’s deceit played on his mother’s fears and “fuelled her paranoia”.

In a video shared to the Cambridge’s official Twitter page, William said the BBC interview “was a major contribution to making my parents relationship worse, and has since hurt countless others”.

“It brings indescribable sadness to know that the BBC’s failures contributed significantly to her fear, paranoia and isolation that I remember from those final years with her,” William said. “But what saddens me the most is that if the BBC had properly investigated the complaints and concerns first raised in 1995, my mother would’ve known that she’d been deceived.”

In his own statement, Harry went one step further and blamed the media for ultimately killing his mother.

“Our mother was an incredible woman who dedicated her life to service,” he began. “She was resilient, brave, and unquestionably honest. The ripple effect of a culture of exploitation and unethical practices ultimately took her life.

“To those who have taken some form of accountability, thank you for owning it. That is the first step towards justice and truth. Yet what deeply concerns me is that practice like these – and even worse – are still widespread today. Then, and now, it’s bigger than one outlet, one network, or one publication.”

Harry continued: “Our mother lost her life because of this, and nothing has changed. By protecting her legacy, we protect everyone, and uphold the dignity with which she lived her life. Let’s remember who she was and what she stood for.”

In late 2020, former supreme court judge Lord Dyson was brought in by the BBC to carry out an investigation into Bashir, and how he secured the exclusive interview with the princess.

The investigation concluded that Bashir employed deceitful methods to obtain the interview, including breaching editorial guidelines by allegedly “faking” bank statements that were shown to Diana’s brother Charles Spencer and allegedly used to win over his trust and gain access to his sister. According to the late princess’ brother, the bank statements showed key members of Diana’s staff were on the payroll of major news outlets and leaking stories to the press about her.

Do you remember watching Diana's interview in 1995? What are your thoughts on the inquiry findings?